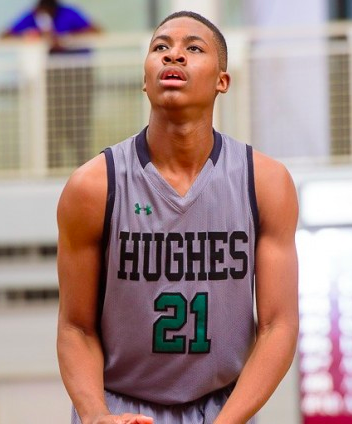 By SEAN BOCK Landers Nolley, the 6-foot-4 shooting guard from Langston Hughes (GA), has announced his commitment to Virginia Tech. Nolley was committed to Georgia on his official visit to Athens last weekend, de-committed a few days later, and pledged to Virginia Tech on Sunday.

“I have enjoyed the whole process, but I think it is time,” Nolley said. “I will be committing to Virginia Tech University.” Nolley chose the Hokies over Georgia, Illinois, and Georgia State, which were the final four schools in his 32 team bracket he used for his decision process. A four-star recruit, Nolley is the second commit of the 2018 class for Buzz Williams along with three-star guard Jarren McAllister.  According to 247Sports, Nolley is the No. 23 small forward in the 2018 class and the No. 4 player from the state of Georgia. Photo: HoopSeen Follow Sean on Twitter