R.J. Barrett, the 6-foot-7 wing from Montverde (FL) Academy who is expected to be in the mix for the No. 1 overall pick in the 2019 NBA Draft, took his second official visit to Duke this weekend after reclassifying to the Class of 2018. “It was good just learning about the program and stuff like that,” Barrett said Monday evening by phone. “Obviously, they want me to come in and be a part of the team, be one of the main guys and let me play and just do what I do,” he added. Barrett got a chance to speak with head coach Mike Krzyzewski. “He’s a great guy, really cool, he’s just a great guy overall,” he said. Barrett spent time with the players hanging out and playing pickup, including with highly touted freshmen Marvin Bagley, Trevon Duval and Wendell Carter Jr. “I hung out with everybody, half the team one day, half the team the other day, so I was hanging out with everybody,” he said. “I talked to all the guys, they all told me it’s a great program.” Barrett grew up watching a lot of Duke games, along with Kentucky, where he took his first official two weeks ago. “I watched Duke and Kentucky a lot growing up because they’re always on TV and they’re the best programs,” he said. “And I want to be the best.” Barrett figures to be in the mix for the No. 1 pick in 2019 wherever he goes, but he’s aware that Duke regularly sends players to the lottery and the NBA Draft in general. “Oh for sure they can get guys to the league,” he said of Duke. “They know what they’re doing, they just a great program. All these years, they’ve been a great program.”

Kevin Boyle, Barrett’s high school coach, says he should be the No. 1 pick in the 2019 NBA Draft. “He’s right in that class [with the other top picks I have coached],” Boyle said of Barrett on The 4 Quarters Podcast. “Most of the guys [who become superstars] are all those wing guys that end up better in these drafts over the years. That’s why I’m saying he should be the number one pick in two years.” Boyle, a former Naismith National Coach of the Year award winner, has coached multiple former top-3 NBA picks, including Kyrie Irving, Ben Simmons, Michael Kidd-Gilchrest, Joel Embiid, and D’Angelo Russell. Barrett was named MVP of the FIBA U19 World Cup last month after leading Canada to its first-ever gold medal. He then took the rest of July off before announcing his decision to reclass.

Boyle said Barrett’s game is tailor-made for the NBA. “[Today’s NBA is about] spreading the floor and shooters are leaving the lane open,” Boyle said. “If you can shoot, you’re getting a ton of money and it really opens the floor for a slicer, driver like R.J.” Barrett has set three other official visits to Arizona (Sept. 21), Oregon (Sept. 23) and Michigan (Sept. 29). Arizona head coach Sean Miller visited Barrett on Monday at Montverde. “Yes, Arizona was in here,” he said. “He was just talking to me, I’m going on a visit this weekend. He was just talking about how the school looks and stuff like that, trying to build a relationship.” After that come visits to Oregon and Michigan. “Once the visits are over, that’ ll come the real crunch time,” he said. Follow Adam Zagoria on Twitter
And Like ZAGS on Facebook 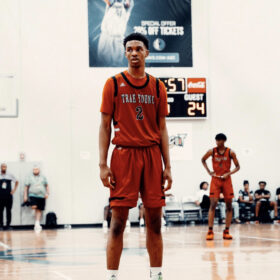 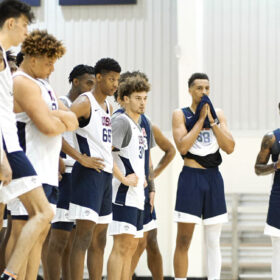 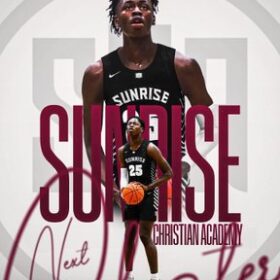 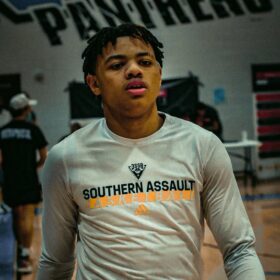 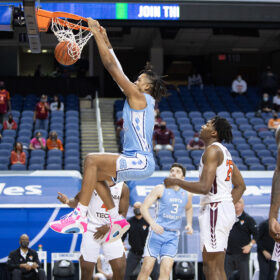