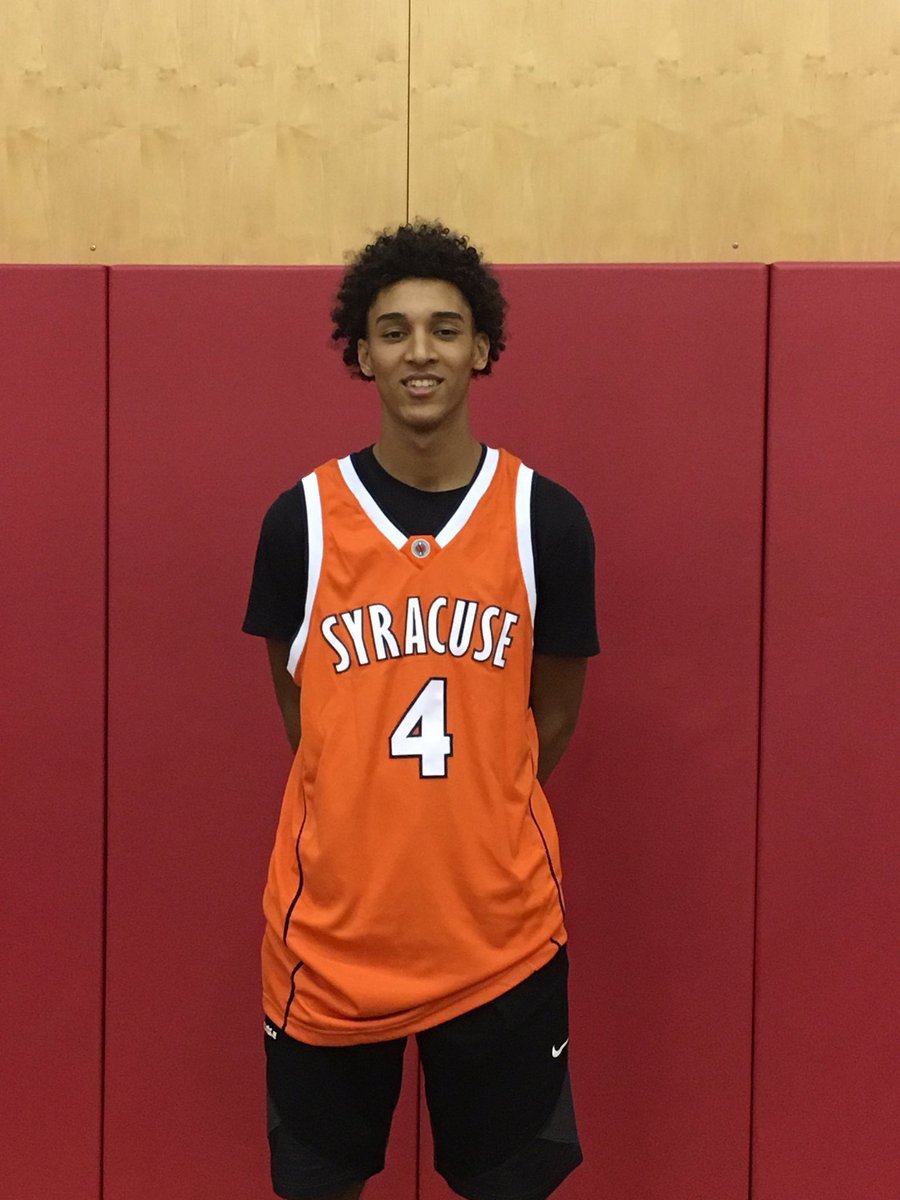 Brycen Goodine, the 6-foot-4 shooting guard from St. Andrew’s (RI) School, committed to Syracuse on Wednesday evening. “After looking at many different colleges and their basketball programs, I have decided to attend Syracuse University in the fall of 2019 ?,” said Goodine in a statement released via Twitter. According to 247Sports, Goodine is ranked as the No. 189 overall player in the Class of 2019 and the No. 2 player from the state of Massachusetts. He is also ranked as the No. 30 shooting guard in the class. Originally from New Bedford, MA, Goodine is the first commit in Syracuse’s 2019 class. Less than a week ago, Syracuse also landed a pledge from 2018 shooting guard Buddy Boeheim, son of head coach Jim Boeheim. The elder Boeheim also has a home visit slated for Thursday with Jalen Carey, the 2018 point guard from Montclair (N.J.) Immaculate Conception. Goodine received an offer from the Orange (Aug. 27), per D1Vision.com. He also held an offer from Boston College and received interest from schools such as California, UConn, Florida, George Washington, Georgia Tech, UMass, Miami, Pittsburgh, Providence, Rhode Island, and Stanford, among others. Goodine visited Syracuse in August for an unofficial when he was invited to their Elite Camp. At the camp, he received an offer from the Orange. He also received a visit from head coach Jim Boeheim at his high school on Wednesday, per D1Vision. “The feeling I had when I stepped on campus was amazing,” he said in an interview with the Standard-Times about an hour after he committed. “It’s a legendary and iconic place for college basketball. But beyond that, the staff was great. The facility was great. The feel I had from the whole culture and vibe was awesome.”