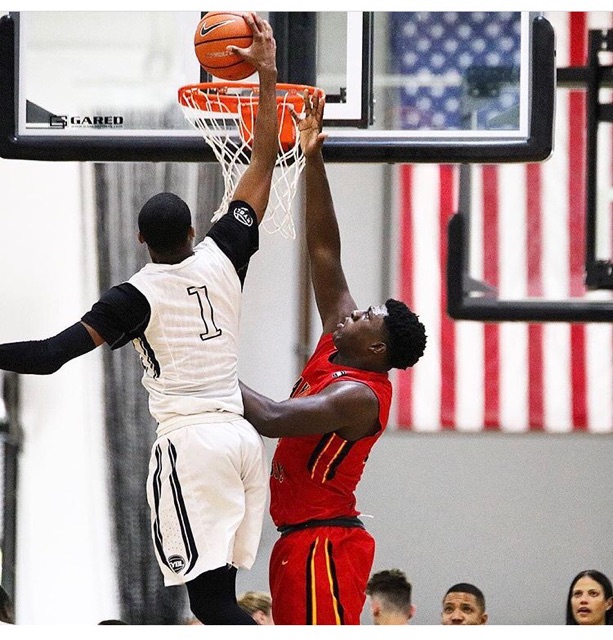 Luther Muhammad, the 6-foot-4 shooting guard from Hudson (N.J.) Catholic and the NY Rens, had a home visit Monday night with St. John’s coach Chris Mullin and the staff following his official visit to Ohio State this past weekend. Muhammad lists St. John’s, Ohio State, Virginia, West Virginia and Xavier as his top five. He has visited St. John’s, Virginia and Ohio State, with trips upcoming to Xavier (Sept. 15-17) and West Virginia (Sept. 22-24). West Virginia will also have a home visit with Muhammad on Wednesday. He tripped to Ohio State on the same weekend as fellow Class of 2018 standouts Elijah Weaver and Jaedon LeDee.

Muhammad took an official to St. John’s June 23-25. “It was really good,” he said in July. “I met with the academic person of the whole school. He basically explained how freshman classes, how they bring you in in the summertime and you have three classes so during the season you won’t have as many classes and you won’t have as much work because you travel a lot.” As for on the court, “What impressed me was they had a slip of [paper] of everything I do really well and everything I do bad and then everything they’re going to to do to make my weaknesses to my strengths and my strengths stay my strengths. That was really good, that snuck up on me.” Muhammad is aware that head coach Mullin and assistant Mitch Richmond both played in the NBA. “That’s great, but at the end of the day you have to know how to coach and you gotta know how to make people better,” he said.