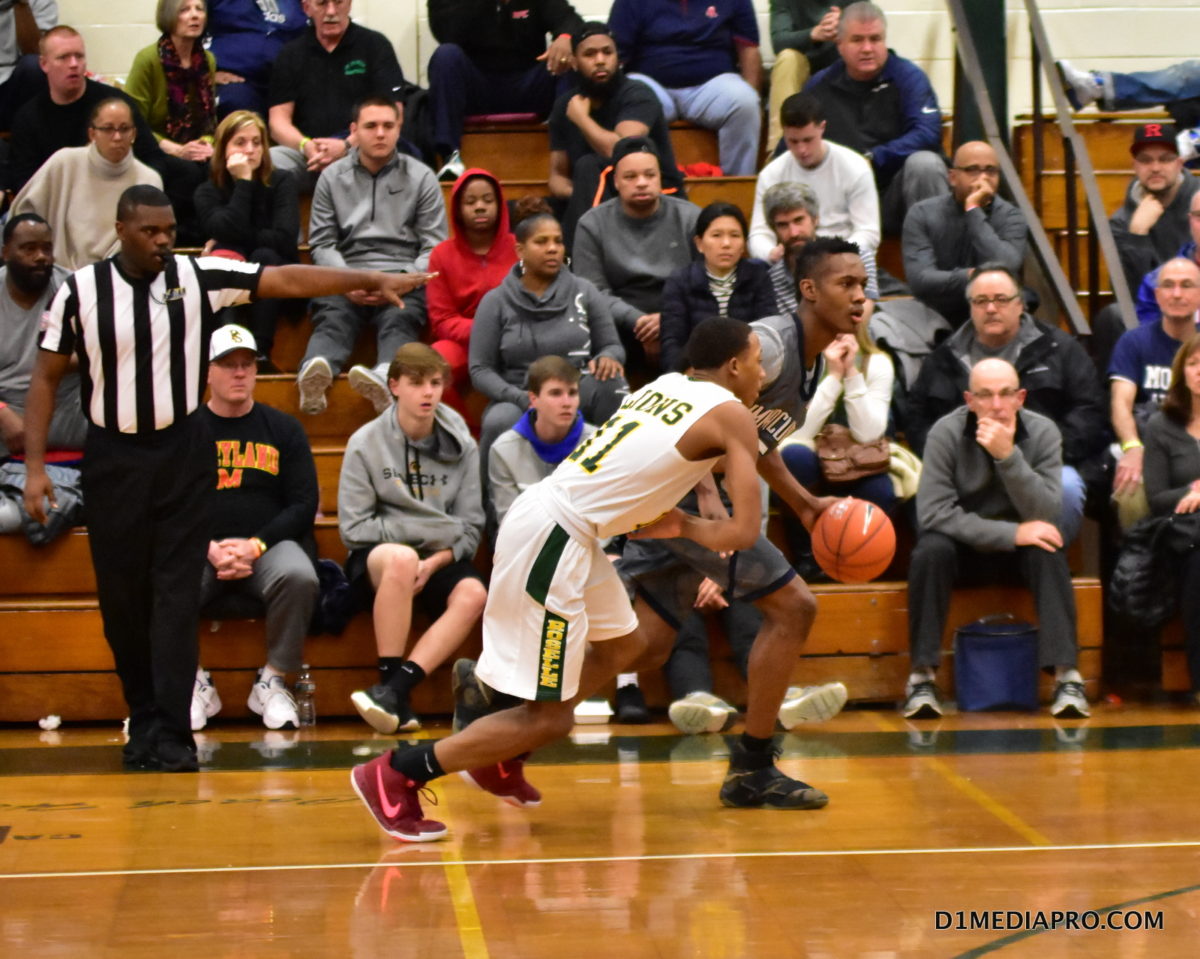 Jalen Carey, the 6-foot-3, 170-pound point guard from the Playaz and Montclair (N.J.) Immaculate Conception, enjoyed his official visit to Syracuse this past weekend and is now primarily focusing on three schools — Syracuse, UConn and Miami — his father told ZAGSBLOG on Monday. Syracuse is recruiting Carey to play the point, while the other two see him as a combo guard, John Carey said. “They’re recruiting him as a point guard,” he said of Syracuse. “He’s the only point guard they’re recruiting in this class right now. Basically he would come in, he could play right away, they want him to lead the team and they want him to play with [Darius] Bazley. With him, Oshae Brissett and Buddy Boeheim, it’s looking really, really scary over there. “They love him. [Syracuse coach Jim] Boeheim said he’s definitely a big time player. He could play right away. He could see him getting drafted maybe one, two years.” Bazley and Buddy Boeheim, the coach’s son, have already committed for 2018, while Brissett is an incoming freshman for 2017. Meantime, both Boeheim and UConn coach Kevin Ollie are expected to have in-home visits with Carey later this week. “This week, they’re going to come in and have an in-home,” Carey said. “Coach Boeheim will be here on Thursday, he’ll see Jalen, I don’t know when he’ll come see me. Coach Ollie will be here Friday. “Miami’s coming in to meet with me on Wednesday, Coach L [Jim Larranaga].” Carey previously visited Miami, which could lose guards Lonnie Walker and Bruce Brown to the NBA Draft, and are prioritizing Carey to help replace them. For now, the family is evaluating those three schools. “We’re going to evaluate as a family and get together and see what’s best out of these three schools, what we like, what we don’t like,” Carey said. “Right now we’re just enjoying and taking everything in.” Carey is slated to visit Kansas (Sept. 29-Oct. 1) and his father said Villanova remains in touch while Rutgers is no longer in the picture. “Rutgers is not in the mix,” he said. “We didn’t have no visit scheduled with them, they signed two guards.” As for Villanova, they remain in contact. “They’re in my ear, they’re contacting me, they’re trying to set something up but nothing is imminent yet,” Carey said. “Jay Wright wants to come meet me, and coach Ash [Howard]. “But other than that we’re just focusing on evaluating these three schools because these are three good visits, three good schools. Two of them are recruiting as a combo guard, and Syracuse as a point guard.” Carey said his son is focusing on a fall decision. “We are definitely going to decide by the early signing period,” he said, “maybe even before.”