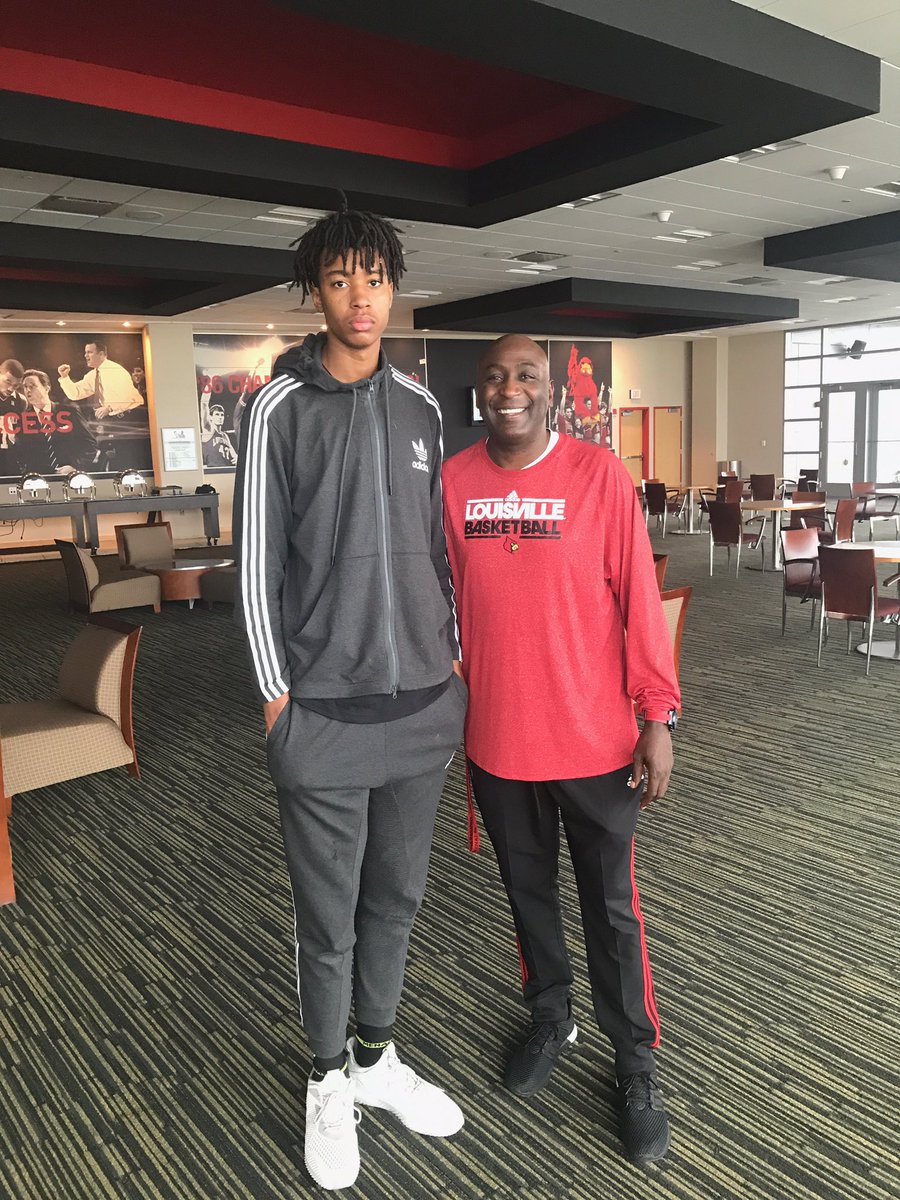 Moses Brown, the 7-foot-2 senior big man from Archbishop Molloy High School and the New Heights AAU program, enjoyed his weekend official visit to Louisville and will next trip to Maryland Brown, ranked No. 17 in the 2018 ESPN 100, took his first official to Louisville with his father, Malcolm. “It was great,” his father said Tuesday by phone. “Rick Pitino, I’ve always been a big fan of his, from my father to me to my family, from the New York Knicks to the Boston Celtics. He was really, really supportive and I really think Moses would get a lot out of being around him, not just in basketball but growing as a man. “We had a good time, Rick Pitino showed us a lot of love.” Malcolm said the staff also emphasized that Moses would not be limited to just playing under the basket. “They would not limit his skills,” he said. “Due to the fact that he’s a big man, he would do more than just rebound and block shots because they see he has more tools to use and they would let him live up to everything that he’s capable of doing.” The Browns toured the Louisville facilities during the visit. “Yes, we took a tour of the school, it was really, really nice,” Malcolm said. “Moses was impressed, I was impressed. He was impressed with the player development plan that [Pitino] had for Moses and he thinks that he would be really successful in their program.”

Brown is considered a future NBA player, but Louisville is not necessarily pitching the one-and-done angle. “He said that there’s nothing wrong with having a goal but sometimes you might just want to keep that to yourself and just work on it like that,” Malcolm said. “His big thing is he would like for him to enjoy the college life a little more but he would never stop from going to the NBA if that was his dreams.” Next up the Browns will visit Maryland the weekend of Sept. 22. “We got some other [visits] planned, but I don’t know the exact schedule,” Malcolm said. “We got some more visits to go on.” Kansas, Duke, Kentucky and St. John’s are among the other schools that have been involved. “We’re going to chop our list down by the end of the week,” Malcolm said, “[to] I believe maybe eight.”