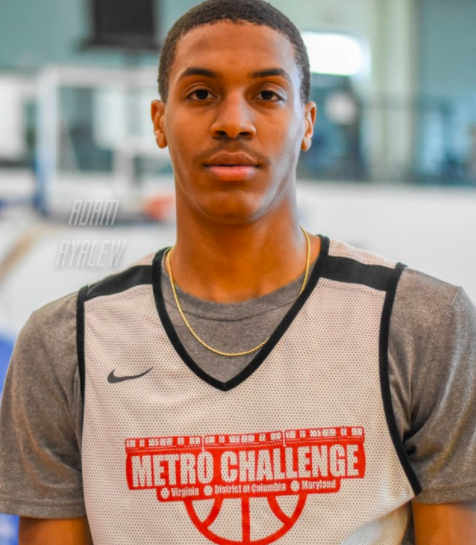 By SEAN BOCK Nate Roberts, the 6-foot-10 1/2 forward from Brewster (NH) Academy, will make his commitment on October 17, he told D1 Vision. Roberts has a final list of five schools: UConn, Nebraska, Syracuse, Wake Forest, and Washington. Roberts visited Washington on Sept. 1. “The Seattle environment is beautiful,” Roberts told D1 Vision. “The coaches and staff treated me with genuine love. I connected well with the players. The school itself would be a great fit as far as academics.” In addition to the Washington visit, Roberts will also go see Nebraska (Sept. 16), Syracuse (Sept. 22), and Wake Forest (Sept. 29). In an interview with D1 Vision, Roberts broke down each of his remaining schools. Nebraska: “I know they play a fast paced game. They need more versatile guys that are not just bound to play a position but flat out play hard. I know that my former teammate, Thomas Allen, loves it there. We have a great relationship outside of basketball, so he’s been telling me how things are going over at Lincoln.” Syracuse: “The name speaks for itself. Over the years, coach [Adrian] Autry and I have built a strong bond. He loves my potential as a player and me as a person. Their players that make it to the next level. Coach [Jim] Boeheim and I have developed a relationship recently, and he’s come to watch me play a few times. He likes my game and knows what I can do to help the program.” Wake Forest: “Coach [Jamill] Jones and I have had a close relationship over the years. Since he’s gotten to Wake Forest, he’s been recruiting me hard. Coach [Danny] Manning and I have developed a relationship which also is a plus. With coach Manning being one of the original versatile forwards in our game, it helps to know that he actually has been through what I’m trying to go through. So, I could learn a lot from that experience.” UConn: “Although UConn has been down for a few years, the name alone speaks for itself. Coach [Dwayne] Killings and I have developed a close relationship over the years that he’s recruited me. Hearing coach [Kevin] Ollie‘s vision for the program and believing that he needs players like me to push the program to that next level to where they used to be is important.” Although UConn is one of his final five schools, Roberts hasn’t decided whether or not he will visit the campus. “Right now it’s up in the air but if we don’t come up with a date before my Syracuse visit I probably just won’t go.” According to 247Sports.com, Roberts is a three-star recruit in the class of 2018 and the No. 5 player from the state of Maryland, his original home state. Photo: PrepHoops Follow Sean on Twitter