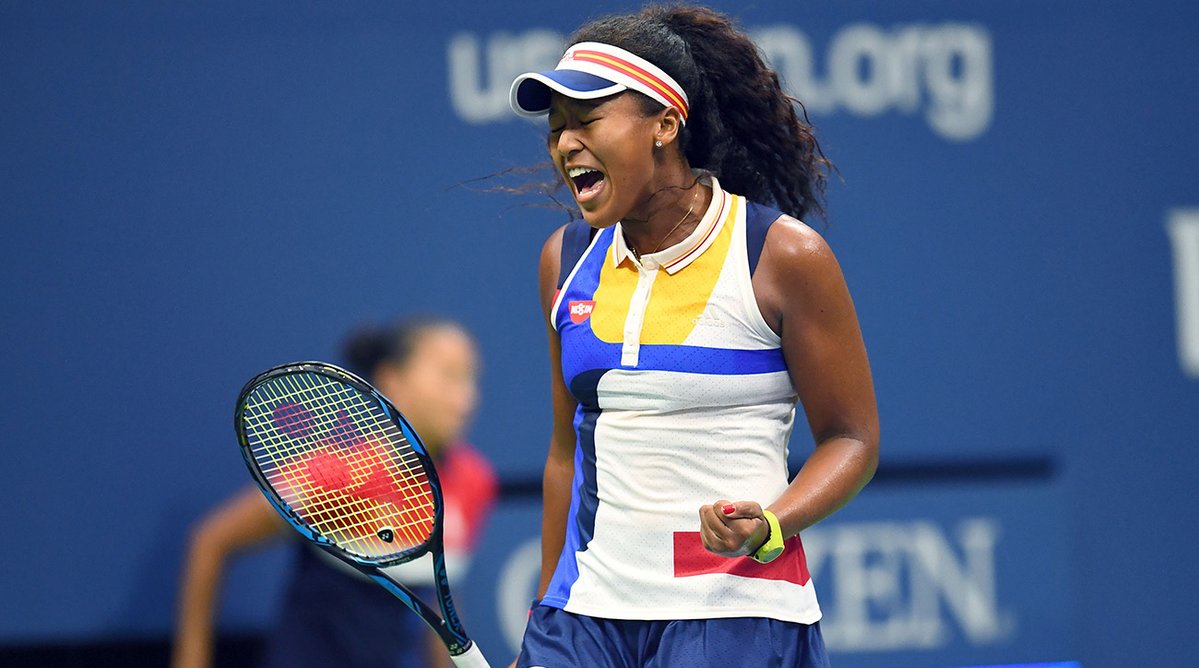 The wide-open women’s draw at this US Open just got a little wilder. Naomi Osaka, a 19-year-old born in Osaka, Japan to a Haitian father and a Japanese mother, stunned defending champion and No. 6 seed Angelique Kerber, 6-3, 6-1, in the first round in Arthur Ashe Stadium. Osaka used a blistering baseline game that produced 22 winners against 17 unforced errors to notch the first top-10 win of her career. “It means a lot, especially since the last time I was here,” she said on-court. “This court hasn’t really been a fond memory, but now I hope I overlapped that.”

Osaka was referring to a three-set third-round loss to Madison Keys in 2016, the year Kerber went on to win her second major title. Kerber becomes just the second U.S. Open women’s champion in the Open Era to lose in the first round the following year (Svetlana Kuznetsova, 2005). Kerber hasn’t won a title since defeating Karolina Pliskova in the Open final a year ago. She fell in the first round at Roland Garros and in the fourth round at the Australian and Wimbledon. Kerber’s loss comes one day after wildcard Maria Sharapova ousted No. 2 seed Simona Halep in a three-set classic. No. 7 seed Johanna Konta also fell on Monday. Without Serena Williams, the Open is especially wide open this year, with Wimbledon champ Garbine Muguruza considered by many the favorite to win back-to-back Slam titles. Osaka’s quarter is wide open. It is the same quarter that belongs to No. 4 Elina Svitolina and French Open champ Jelena Ostapenko, the No. 12 seed. “I just really want to play good and I played good today so I just hope to carry that on to my next match,” Osaka said. Follow Adam Zagoria on Twitter And Like ZAGS on Facebook

Without Serena Williams, US Open women's field is wide open