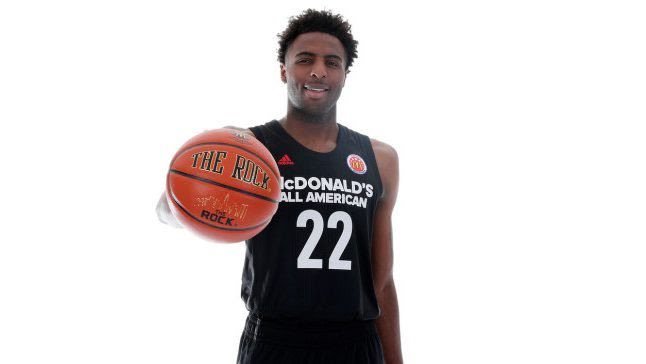 After all that, Mitchell Robinson is back at Western Kentucky.

Mitchell Robinson is on the WKU campus but hasn’t formally met with staff yet, source says. Team meeting set for later.

The 7-foot Robinson left campus in July, was then suspended by coach Rick Stansbury and ultimately received his release from Western Kentucky. He visited LSU, New Orleans and Kansas, but opted to return to the school to which he initially committed. He would have had to sit the 2017-18 season had he transferred unless he obtained a waiver to play immediately.


Robinson is projected as the No. 14 pick in 2018 by ESPN.com. His return now gives NBA personnel an extra year to evaluate him. “It was a very smart move for him to go back,” one NBA scout said. “A year of college will help his development as a player and a young man. It’s very hard, if not impossible, to grow in those areas and stay in shape in the same way on your own.” Photo: HoopSeen.com