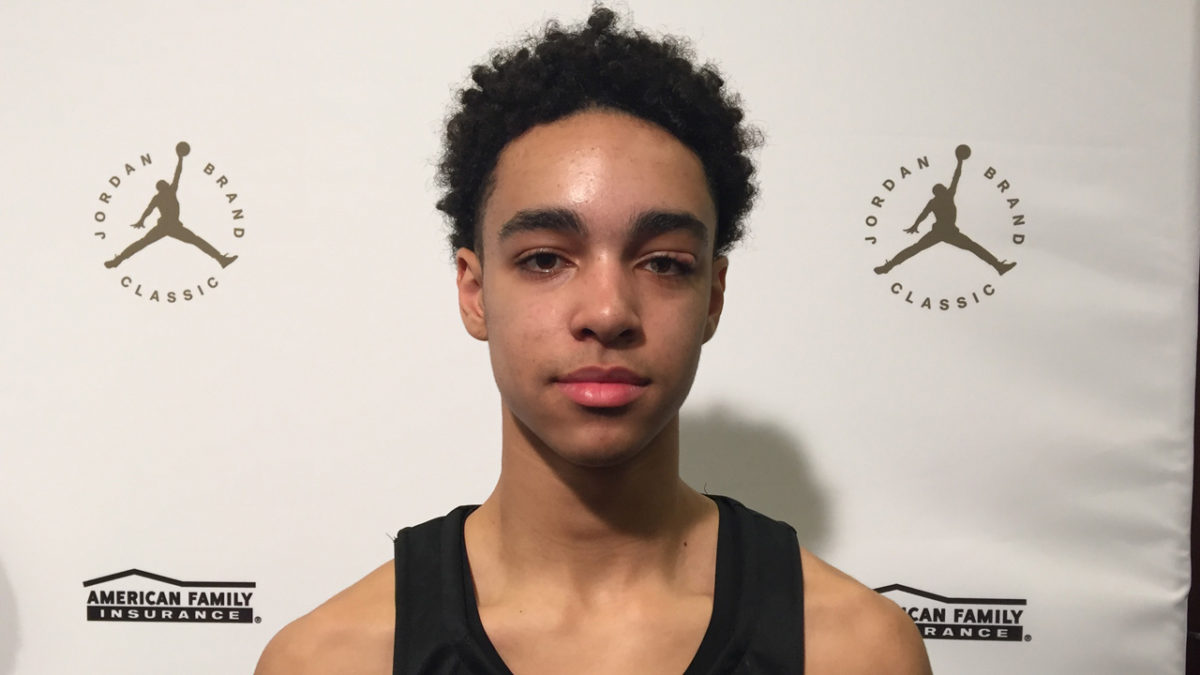 Andrew Nembhard, the 6-foot-4, 175-pound Canadian point guard from UPlay Canada and Montverde (FL) Academy, is focusing on nine schools after reclassifying to 2018.

Nembhard missed several months with a stomach issue that required surgery but returned to lead UPlay Canada to the quarterfinals of the Peach Invitational in Augusta, Ga., in July. Nembhard has the size and poise to be a big-time college and potentially pro point guard. “Andrew’s upside is NBA starting guard,” UPlay Canada coach Dwayne Washington said. “He’s way ahead of where Dennis Schroder is. He already shoots it better. He’s a legit 6-4 and defends the position. “If he was from Florida or Texas or New York City, he’d be getting a lot more love.” Follow Adam Zagoria on Twitter And like ZAGS on Facebook