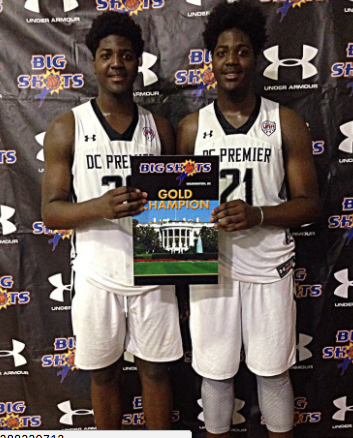 By SEAN BOCK Makhi and Makhel Mitchell, 6-foot-9 twin forwards from District Heights (MD), committed to Maryland Friday per FanRag Sports. Members of the 2019 class, Makhi is ranked 39th overall in the class and Makhel is 101st according to 247. “We both liked the fact that Coach Mark Turgeon offered us as the only bigs in the class of 2019,” Makhi told ZAGSBLOG. “Also, it’s been a dream for us going to Maryland since we’ve been watching them since 6th grade.” Both Mitchell twins played for the DC Blue Devils this summer on the Under Armour Associations 16’s circuit. Mahki averaged 9.6 points and 7.3 rebounds per game while Makhel averaged 6.5 points and 6.1 rebounds on the circuit. “Scoring, rebounding, blocking shots,” Makhi said on what both him and his brother will bring to Maryland. “Just contributing to the team doing what we need to do to win.” While the Mitchells are the first commits for Maryland in the 2019 class, Turgeon and the ‘Terps have had a successful last couple months on the recruiting trail also picking up the services of 2018 4-star talents Aaron Wiggins and Jalen Smith. Photo: Twitter Follow Sean on Twitter