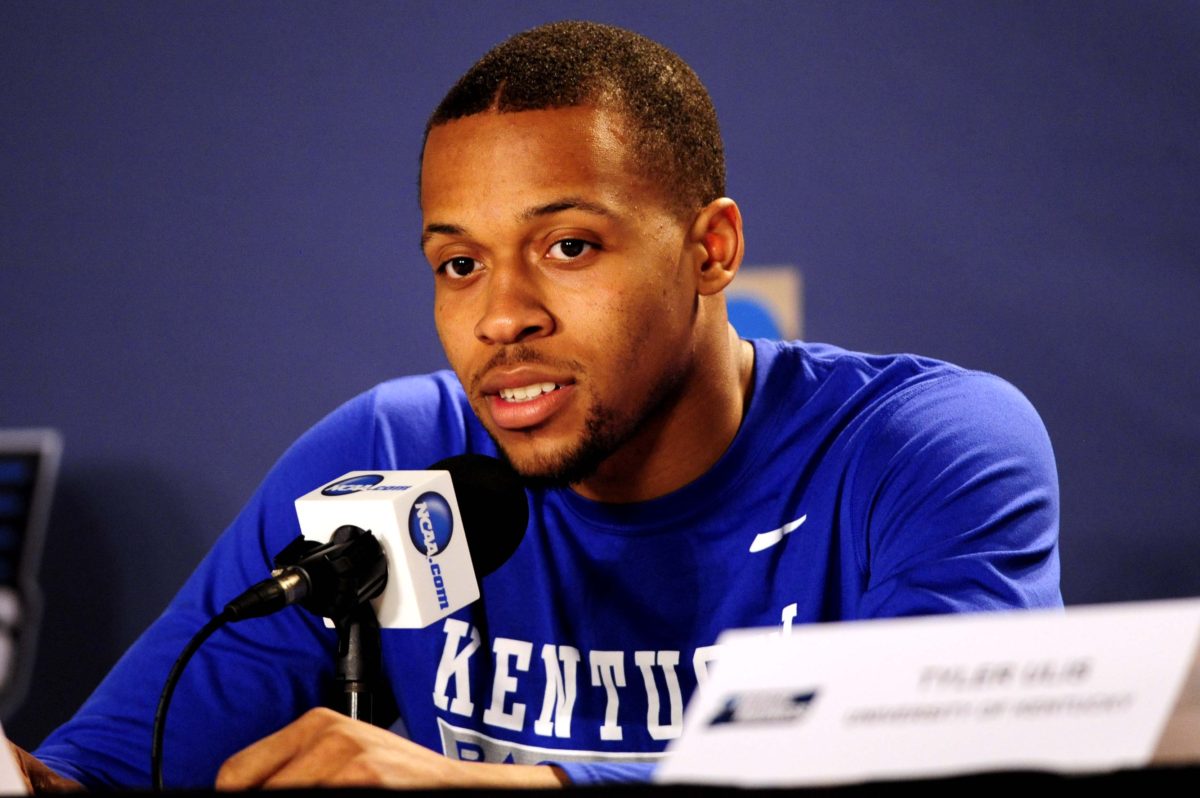 The Philadelphia 76ers summer league team will have a strong Kentucky flavor. Former Wildcats Isaiah Briscoe, Aaron Harrison and Alex Poythress will play on the team, via sources and The Philadelphia Inquirer. Poythress joins 76ers Shawn Long and Timothé Luwawu-Cabarrot on the team, via the Inquirer. Maryland’s Melo Trimble is also on the team. The 6-foot-3 Briscoe and the 6-3 Trimble both went undrafted Thursday night. Briscoe worked out for the Sixers and Knicks, among others, but an ankle injury sidelined him from five workouts leading up to the draft. “I always believe our guys should go higher but they all ended up with great organizations,” Kentucky coach John Calipari said. “After all, there’s no crying on the yacht when you get three guys in the lottery. I wish we would have had more guys get selected but I’m confident Isaiah (Briscoe), Isaac (Humphries), Derek (Willis), Dom (Hawkins) and Mychal (Mulder) will all get their shot. I’m proud of all of them and know they will all keep chasing their dreams.” The Sixers will play in the NBA Summer League in Utah from July 3-6 and then in Las Vegas from July 7-17. ESPN will present all 67 games from Las Vegas across ESPN, ESPN2, ESPNU and the ESPN App, including 35 on its linear television channels. NBA TV will air 28 games, starting with the league’s opener on July 7, when the Toronto Raptors meet the New Orleans Pelicans at 6 p.m. ET. In total, 63 games from Las Vegas will air across ESPN and NBA TV’s linear channels – a Summer League record.

Maryland's Huerter Expected to Have Leadership Role on USA U19 Team