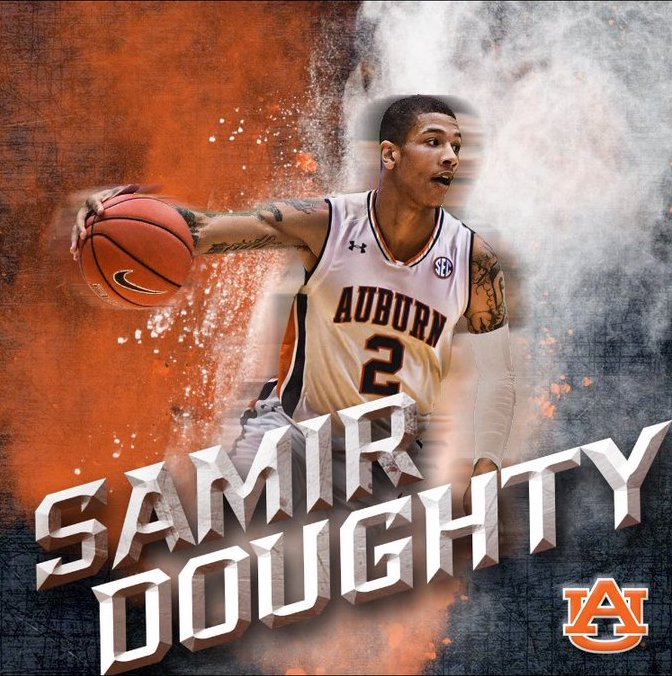 By JACOB POLACHECK Samir Doughty, the 6-foot-4 sophomore guard from VCU, verbally committed to Auburn on Sunday per Jon Rothstein. “After doing my due diligence and where the VCU program is going coach Rhoades and I together have agreed that it was in my best interest to further my academic studies and basketball goals elsewhere,” Doughty said in a social media post in May. Last season Doughty averaged 9 points, 3.6 rebounds and 2.1 assists per game as a redshirt freshman with VCU. Doughty will have to sit out the 2017-18 due to transfer rules. Doughty’s decision to  leave VCU came two months after Mike Rhoades was named the program’s new head coach.

I’m excited to commit to Auburn University to continue my college education as a student athlete,” said Doughty in a statement released on Twitter. “I’d like to thank Coach [Bruce] Pearl and the entire staff for welcoming me with open arms.”