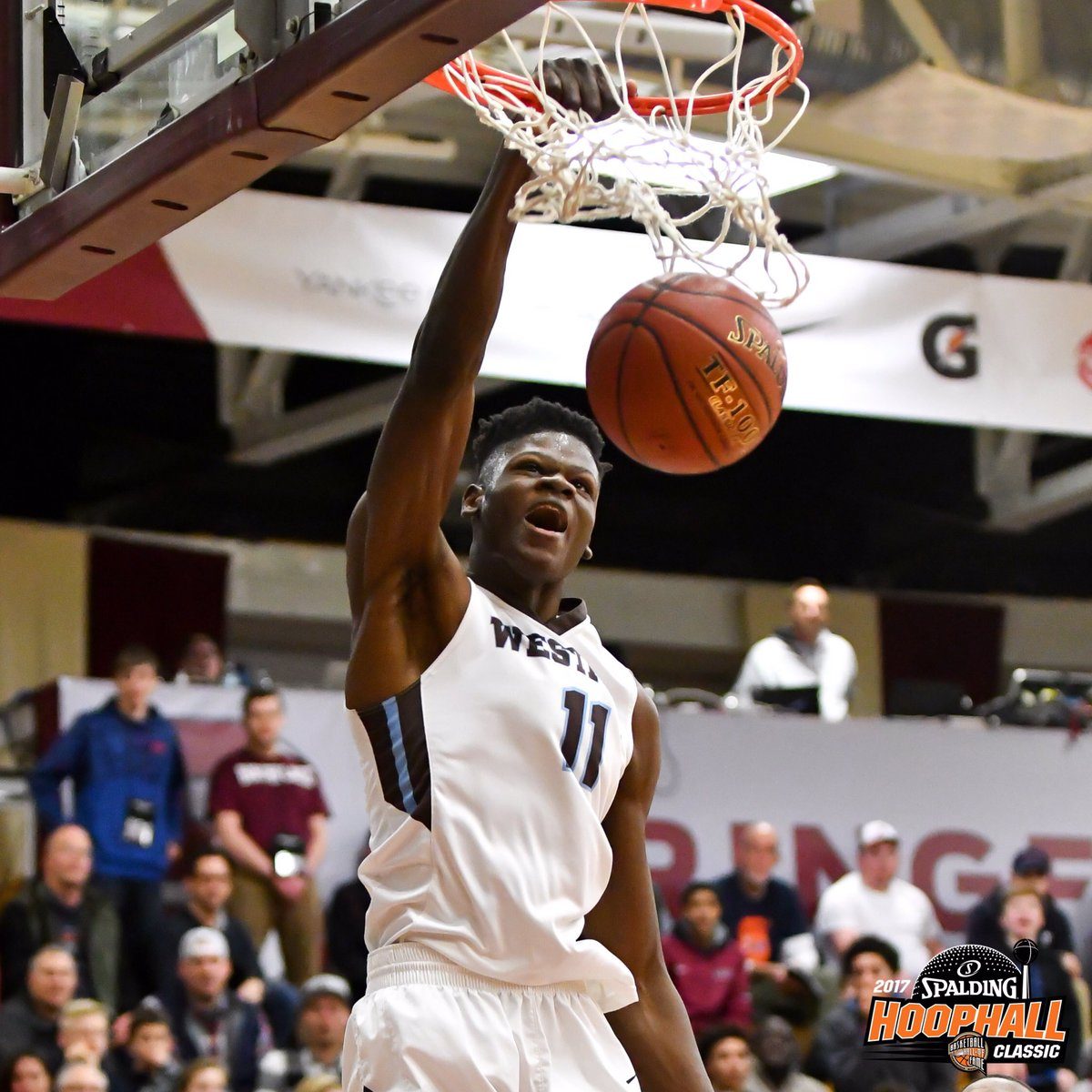 Mohamed Bamba has signed with Texas. The 6-foot-11 Harlem native from the Westtown (PA) School and the PSA Cardinals AAU program spurned Kentucky, Duke and Michigan to play for Shaka Smart and the Longhorns. “I’ve decided to attend the University of Texas,” he wrote on the Players’ Tribune. “I will be heading there in early June to get to work.”

Bamba is the No. 3-ranked player in the Class of 2017 per ESPN.com and is the projected No. 4 pick in the 2018 NBA Draft per DraftExpress.com.

“I’m extremely excited that Mo has chosen Texas,” Smart said. “He’s as unique a person and player as I’ve been around. Mo’s combination of talent, intellect and ability to impact others will make him a catalyst in our program and on our campus from day one.”

He added: “Mo’s personality and dynamic skill-set fit extremely well with the other members of our incoming class as well as our returning players,” Smart added. “I’m very excited about our team composition and the way in which our guys will complement each other. There’s no question that Mo will make everyone around him better, both on and off the court.”

Bamba capped an illustrious scholastic career when he became the 19th player in UT program history to participate in the McDonald’s All-American Game (March 29) and the 15th player in school history to play in the Jordan Brand Classic (April 14) earlier this spring. He also played for Team USA in the 2017 Nike Hoop Summit (April 7). In addition, Bamba earned a spot on the 2017 Naismith Trophy High School All-America first team and was one of five finalists for the Naismith National High School Player of the Year.

Bamba said he auditioned Smart during their time together last summer with the USA Basketball U18 team. “Coach Smart may not have been aware of it, but I put him through a weeklong job interview last summer when he coached me on Team USA in Valdivia, Chile,” he wrote. “We instantly formed a bond. Now, the tables have turned, and I’m the one interviewing with him, hoping to show I can play a major role in his team’s success next season. His attention to detail is truly unbelievable — I can’t tell you how many times he picked up on something I mentioned in passing and brought it back full circle several months later. I’ve seen firsthand how much he genuinely cares about me and my family and how he’s going to challenge me to be in a state of continuous improvement.”

A high-level student motivated to engage in a variety of interests beyond the court, Bamba plans to explore his interest in marketing within the prestigious McCombs School of Business.

“I want my son to get the best education possible,” said Bamba’s mother, Aminata Johnson. “We are excited for Mohamed to be around professors, coaches, students and alumni who are going to support him in whatever he decides to pursue in life.”