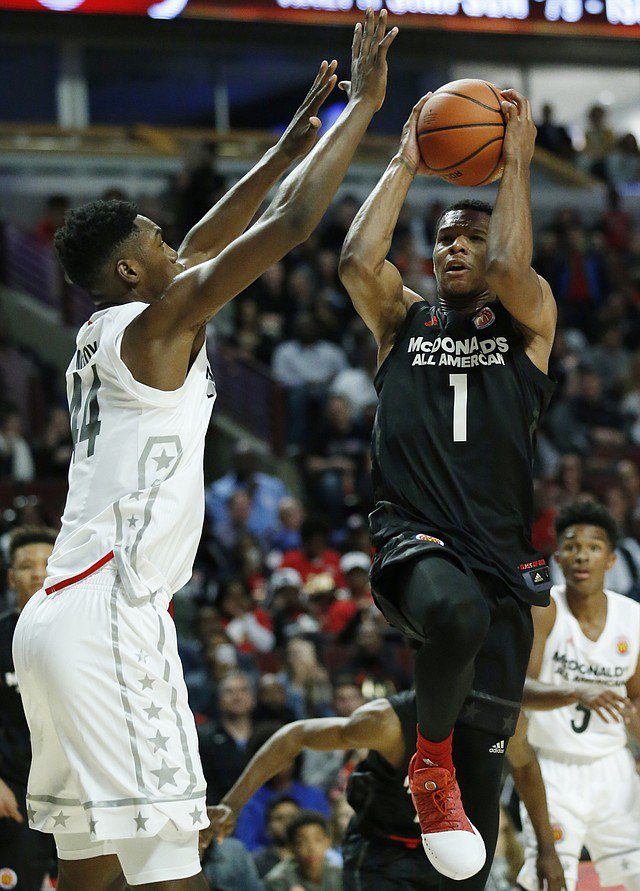 With Kevin Knox now off the board, Trevon Duval could be next. The 6-foot-3 Class of 2017 point guard says he will make an announcement about his impending decision soon. “I’ll be letting everyone know when I’ll be announcing in the next couple of days,” Duval told Krysten Peek Rivals.com at the BallisLife All-American Game in Torrance, Calif. “It’s a huge weight off my shoulders to be coming close to the end of the process.” Asked what he’s looking for in a school, he said, “Just knowing where I want to go and having that right feeling about the school.”  The NCAA late signing period ends May 17. The 6-foot-3 Duval lists Arizona, Baylor, Duke, Kansas and Seton Hall, with Duke now perceived as the favorite. He recently visited the campus on the same day that junior Grayson Allen announced he would return for his senior season.
Duke is hoping for a loaded backcourt next year of Duval, Allen, Gary Trent Jr. and Frank Jackson, although Jackson is testing the NBA Draft waters and may hire an agent. Duval is projected as the No. 11 pick in the 2018 NBA Draft by DraftExpress.com.