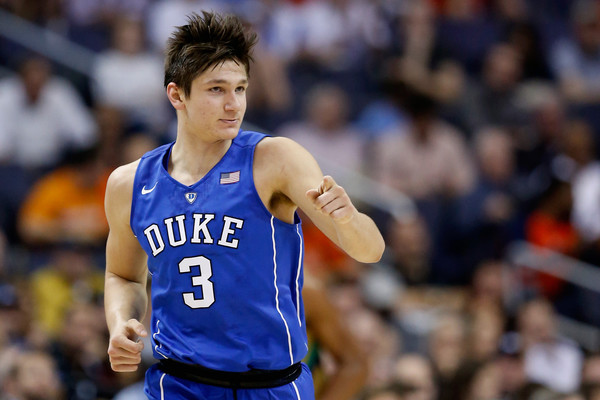 By JACOB POLACHECK Uncommitted Class of 2017 point guard Trevon Duval visited Duke on Tuesday as Grayson Allen announced he would play his senior season there in 2017-18. “The last few weeks have provided the opportunity for a lot of reflection and prayer,” Allen said in a statement released by the University. “I’m a firm believer that when something feels right, you go with it. The chance to play with next year’s team just felt right. I’m completely focused on helping Coach K and our staff lead this team to a special season. I love being a Duke student, and continuing to be part of the university culture is something I don’t take for granted.” Allen averaged 14.5 points and a team-high 3.5 assists in 34 games for Duke in 2016-17. Allen will enter the 2017-18 season as the leading active scorer in the ACC with 1,424 total points, a figure that ranks 33rd on Duke’s career chart. As a sophomore in 2016, Allen became just the sixth Duke player to garner All-America and Academic All-America honors in the same season.  He was a finalist for numerous national awards after averaging 21.6 points, 4.6 rebounds and 3.5 assists per contest; he was also just the ninth player to lead the Blue Devils in both scoring and assists in the same season.
Duke is hoping for a loaded backcourt next year of Duval, Allen, Gary Trent Jr. and Frank Jackson. Duval is also considering Arizona, Baylor, Kansas and Seton Hall. The Blue Devils lost Luke Kennard, Harry Giles and Jayson Tatum to the NBA Draft, Chase Jeter and Sean Obi to transfer and Amile Jefferson and Matt Jones to graduation. Follow Jacob on Twitter