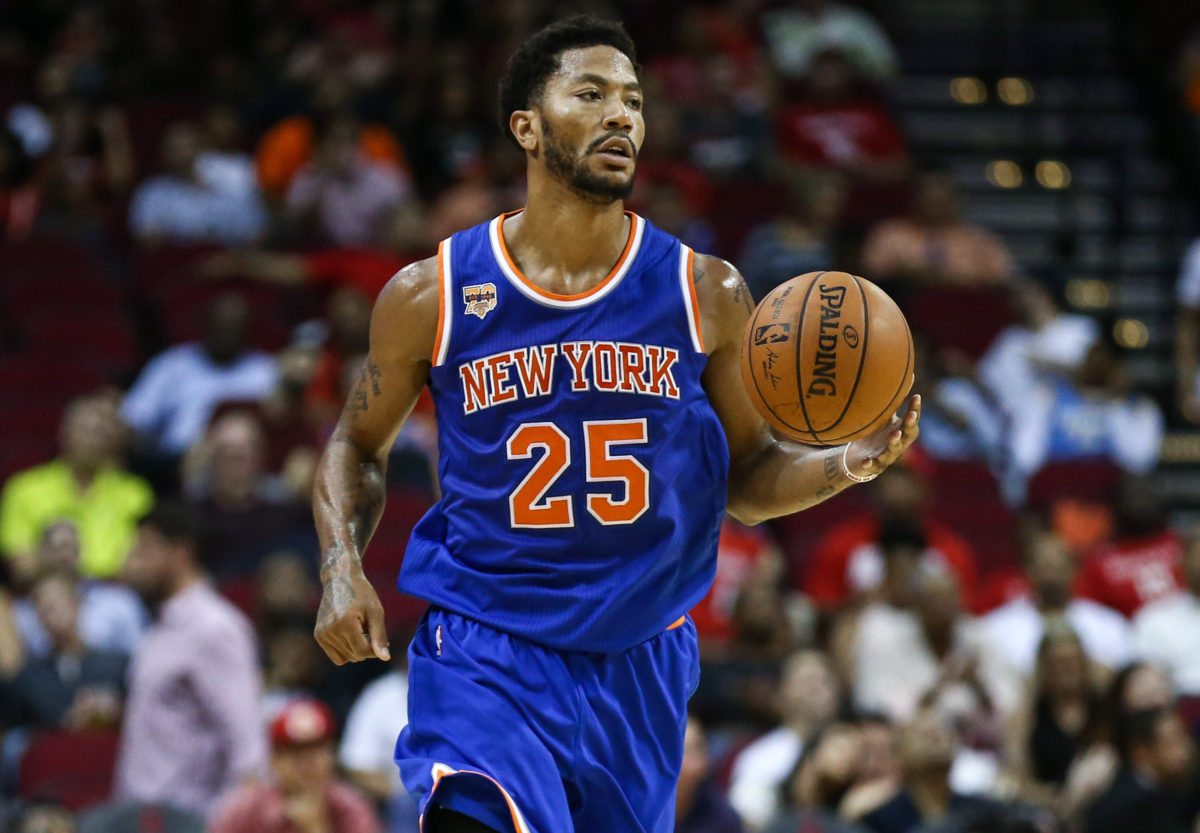 Derrick Rose’s injury-plagued career has taken another turn for the worse. Rose tore the meniscus in his right knee and will require surgery. He is done for the season. Rose previously tore the ACL in that same knee during the 2012 playoffs with the Chicago Bulls, forcing him to miss the rest of that season and the 2012-13 season. He then tore the meniscus in the right knee during the 2013-14 season, forcing him to miss 72 games that year. He tore his right meniscus a second time in 2015. Rose had played in 64 games this season, averaging 18.0 points, 4.4 assists and 3.8 rebounds. He is a free agent this summer and was seeking a lucrative long-term deal. He’s now looking at 6-8 weeks recovery following surgery.

Derrick Rose will be a free agent in July, and sources say the recovery time on torn meniscus in his left knee expected to be 6-to-8 weeks.

The Knicks currently have the NBA’s sixth-worst record (29-47) and have a first-round pick in an NBA Draft loaded with point guards such as Washington’s Markelle Fultz, UCLA’s Lonzo Ball, Kentucky’s De’Aaron Fox and N.C. State’s Dennis Smith.