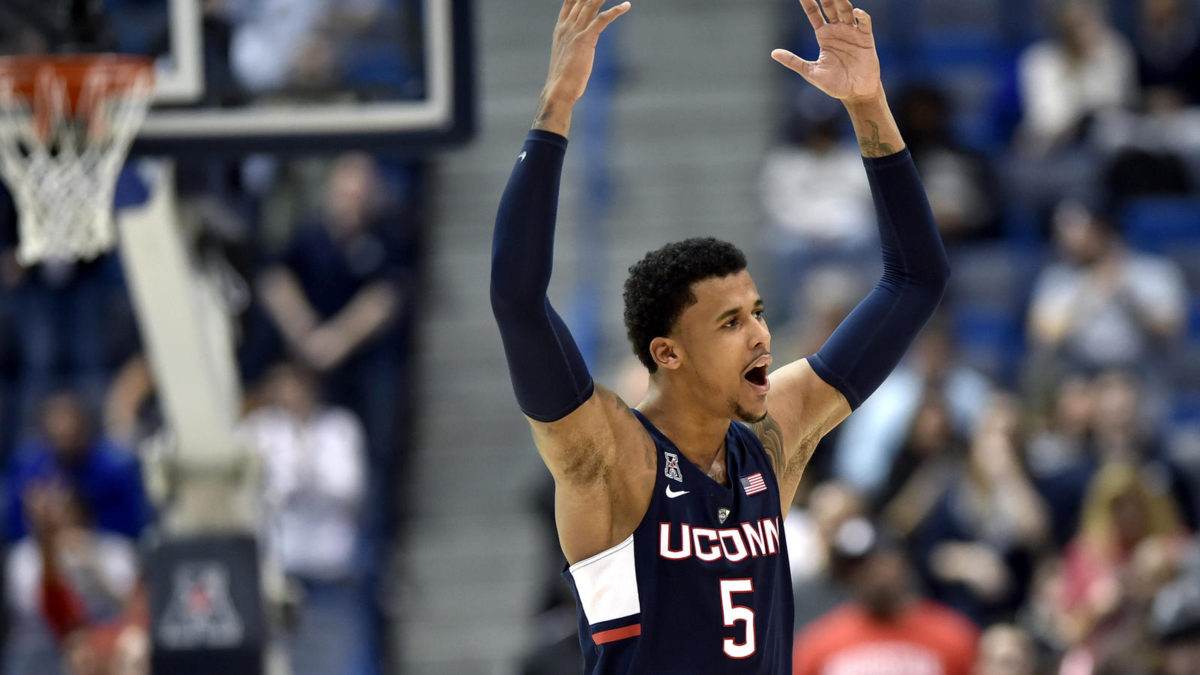 The offseason shakeup at UConn continues. The Huskies have added Raphael Chillious to the staff to replace Glen Miller, while freshman forward Vance Jackson follows sophomore Steven Enoch out the door. Chillious, the former head coach at South Kent (CT), is an experienced coach and recruiter who knows Connecticut well. Most recently, he was an assistant under Lorenzo Romar at Washington for seven of the last eight years, where he was the lead recruiter for Markelle Fultz, who’s in the mix for the No. 1 pick in the NBA Draft. “We are very fortunate to be able to add Raphael Chillious to our coaching staff,” UConn coach Kevin Ollie said. “He is a high-level recruiter, but that is far from the only thing he brings to us. He has been involved in many aspects of the college game and has so much experience – he’s been a coach for a long time, he’s worked with Nike … I love his energy, his developmental skills and his knowledge of the game, offensively and defensively. Wherever he’s been, he’s created a culture that is a winning culture.” Said Chillious: “It’s going to sound cliché, but the thing that made UConn attractive to me is UConn — one of the best brand names in college basketball, four national championships. Historically, UConn recruits high-level student-athletes and produces big-time pros. “Then, obviously, there is Kevin Ollie with his passion for UConn basketball and passion in general and his vision for this program — winning championships. I’ve had a relationship with KO since 1996, so it’s not like I’m coming to work for somebody I don’t know.” Meantime, Jackson, the 6-foot-8 freshman forward from Los Angeles announced on Twitter he will transfer. That follows the news last week that 6-11 sophomore Steven Enoch will also leave the program. “We just told the coach [Kevin Ollie] today,” Vance Jackson Sr. said by phone. “He’s waiting to get his release so once that happens, we’ll know really what’s next. “The main reason was it wasn’t the right fit for Vance to display his full skills. “It was more of a guard offense where the guards dominate the ball, and you kind of get it at the last minute. If you get it, take a shot or whatever. It was kind of dominated by the guards. “I had conversations with the coach, I was just wondering if there was a way we could utilize him more to help the team. His skill level, there’s a lot of stuff he can do, and we weren’t on the same page with it. I’m must replying what Vance wants to do.  A lot of people think it’s me, me, Vance is telling me what he wants to do and I was just trying to [explain] it to the coach. We know what he’s capable of. You got a smaller person on him, you can post him up. You got a bigger person on him, you can take him off the dribble. We want to be able to utilize the skill level to help us win. That’s it.” Jackson considered Cal, among others, before committing to UConn in October 2015. His father says he’s wide open. “We’re pretty much wide open because I want Vance to be in the best spot,” his dad said. “That why we went to UConn. It wasn’t about East-West, it was about hopefully the best spot. And it didn’t come out right.” Photo: Brad Horrigan / Hartford Courant