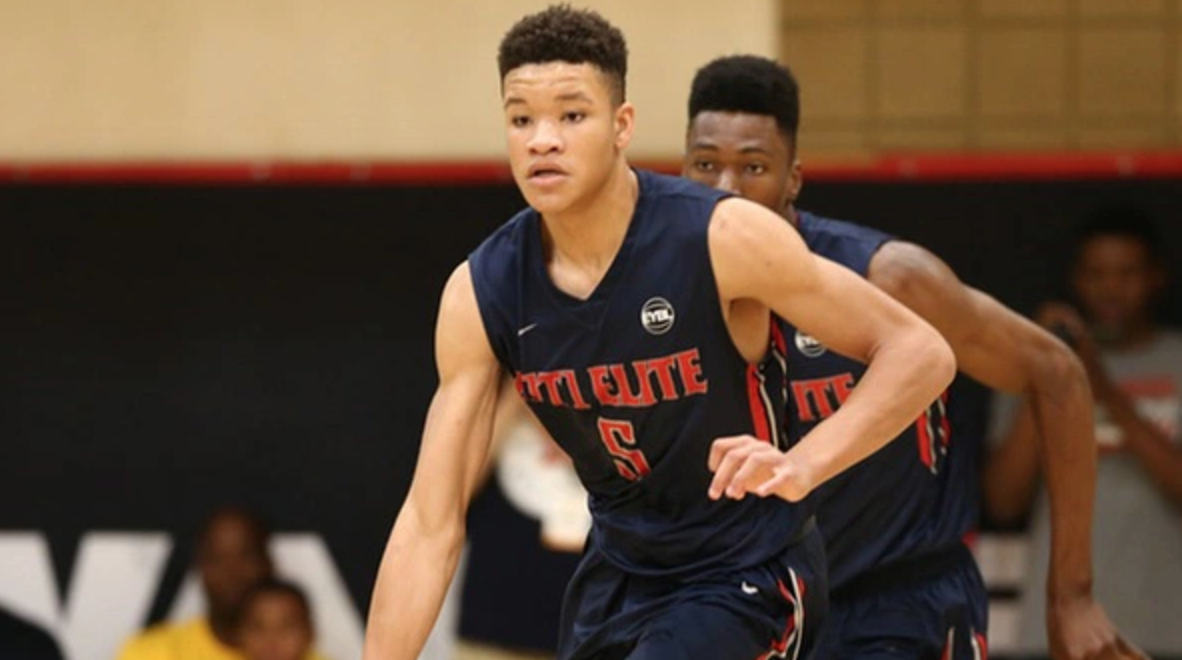 By NICK MEDLINE CHICAGO — Monday’s McDonald’s All-American game practice had a bit of everything: intriguing post matchups, impressive performances, highlight plays, but most of all, a great amount of intensity from start to finish. ZAGSBLOG was on hand to take notes from the morning session. — Kevin Knox, the undecided Tampa (FL) Catholic small forward, showcased the most impressive all-around offensive game today. He knocked down high-arcing three-pointers, and showed an ability to finish around the rim. “I thought I played really hard, made some shots, and got passes to my friends,” Knox said after the practice. “It’s all fun and games off the court, but on the court, it’s straight business.” Knox added that the Kentucky commits on his team — Quade Green, P.J. Washington, Jarred Vanderbilt and Nick Richards — are making a “24/7” pitch for him to join them in Lexington. Knox said he plans for a mid-April decision (after the Jordan Brand Classic), and players declaring for the NBA Draft will factor into this decision. Duke, Kentucky, North Carolina and Florida State are in the mix, and Knox added that Michael Porter Jr. is now pitching Missouri to him. — Quade Green, the incoming Kentucky point guard from Philadelphia, looked especially comfortable as a playmaker and improved as the practice progressed. He found opportunities to make open shots, communicated well defensively, and helped to facilitate an effective offense. Green said of his reputation as a vocal player: “I like talking with everybody. I’m just trying to be humble and keep everything positive.” Green shared the floor with Knox and Mohamed Bamba, two undecided players currently considering Kentucky. On his attempts to sway the two, Green simply said: “When I see Mo and Kevin, I just tell them: ‘BBN.’” — The most exciting matchup of Monday’s practice involved friends and former California Supreme EYBL teammates Brandon McCoy and DeAndre Ayton. Both were excellent, and clearly enjoyed the opportunity to face off against each other. McCoy attacked the offensive glass and extended plays with his physicality. Ayton matched his intensity and showed off his efficiency scoring at the rim. McCoy said today his final five schools are Oregon, UNLV, San Diego State, Michigan State and Arizona, and said he plans to make a decision in the “next couple of weeks.”

— Fresh off his commitment to play for Missouri, Michael Porter Jr. reached another level late in the session. In a three-minute span, he displayed the full arsenal: three-pointer, steal and midrange turnaround, offensive rebound and reverse, capped off by another three. Despite the very best efforts from opposing defenders, he scored nearly at will and was among the smoothest shooters of the opening practice.

— Mohamed Bamba dominated. The elite undecided West Chester (PA) and PSA Cardinals center was a force on both ends of the floor: protecting the rim and blocking shots, cutting to the hoop and finishing around the rim. The flashy plays included finishing a reverse alley-oop in transition. He makes it look almost effortless, but has the knack for constantly making impact plays.

Other Notes: After a slower start, Kansas-bound power forward commit Billy Preston showed off his versatility and impacted the game … Small forward Chuck O’Bannon will be an ideal fit for Andy Enfield’s high-octane offense at USC, as he threw down some impressive dunks … Another impressive all-around performance came from Miami commit Lonnie Walker. ZAGSBLOG will provide continuing coverage of McDonald’s All-American Game events. Follow Nick Medline on Twitter And like ZAGS on Facebook