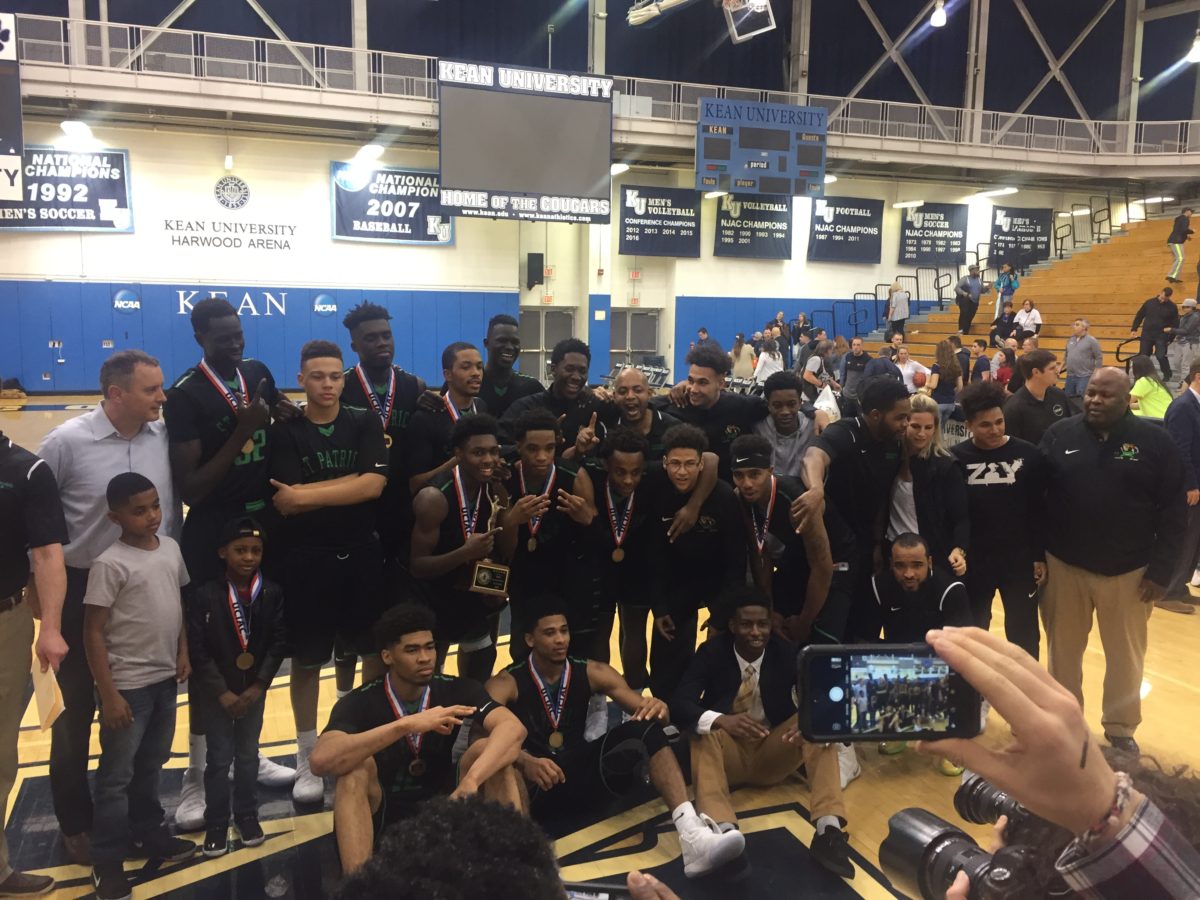 By DENNIS CHAMBERS UNION, N.J. — In the third meeting this season between two New Jersey high school basketball heavyweights, the star-studded Patrick School defeated Linden High, 58-44, for the Union County championship at Kean University. The Celtics were led by Kentucky-bound center Nick Richards, who finished the game with 24 points and 14 rebounds. Overwhelming size for The Patrick School was a key factor in their victory. “All we had to do was get a W,” Richards said about the mindset going into Saturday’s game. The Celtics, the favorites to win the New Jersey Tournament of Champions title, have now won four of the last five Union County titles. Even as back-to-back Union County champs, Richards and The Patrick School fell short in the state tournament last season. The McDonald’s All-American doesn’t foresee such trouble this time around. “Last year we weren’t really a unit,” Richards said. “We weren’t one. Now we’ve come together as a team and were trying to not lose anymore games for the rest of the year.” Part of the reason The Patrick School is gelling much better this time around is due to the play of point guard Jordan Walker. The 5-foot-10 senior delivered 15 points and found his big man early and often in the team’s victory. “In my opinion he’s the best guard in Jersey,” Richards said of Walker. “Most people don’t recognize that, but he is the best guard in jersey. He showed that tonight.” Walker was just as complimentary about his teammate and the impact Richards made in getting The Patrick School a win. “We talk all the time about Nick and how he has to play like the player that everyone says he is,” Walker said. “I believe he is, and a lot of people says he isn’t. But we all know that he is. He proved it tonight there’s a reason he’s going to Kentucky, there’s a reason he’s a McDonald’s All-American, and there’s a reason why he’s top-20 in the country.” Linden’s defensive ability kept the contest tight for a majority of play, but Walker played with the attributes his coaches preached beforehand to guide the Celtics. “Like coach says, you need a point guard to control the game and slow the game and that’s what I tried to do,” Walker said. “I tried to control the game, and keep my teammates confident. Keeping everybody knowing that we’re going to win this game, we just have to stay patient, stay calm, stay poised.” Back on Jan. 3 The Patrick School beat Linden, 75-62. The Tigers got their revenge on Jan. 17, 71-67, the Celtics only in-state loss of the season. However, the rubber match held the most bragging rights, and Richards wanted to leave no doubt who the better team was in the third meeting. “I wanted to play this team in the finals,” Richards said about facing Linden. “Hopefully we play them in states, and we’re just going to show it again that we’re the best team in Jersey.” As the Celtics head towards a potential Tournament of Champions trophy, the everlasting legacy this particular team could leave behind is special motivation for Richards. “To go down as the best team in St. Pat’s history is a blessing, or just to say we’re the best team is a blessing,” Richards said.   Follow Dennis on Twitter Follow Adam Zagoria on Twitter And like ZAGS on Facebook