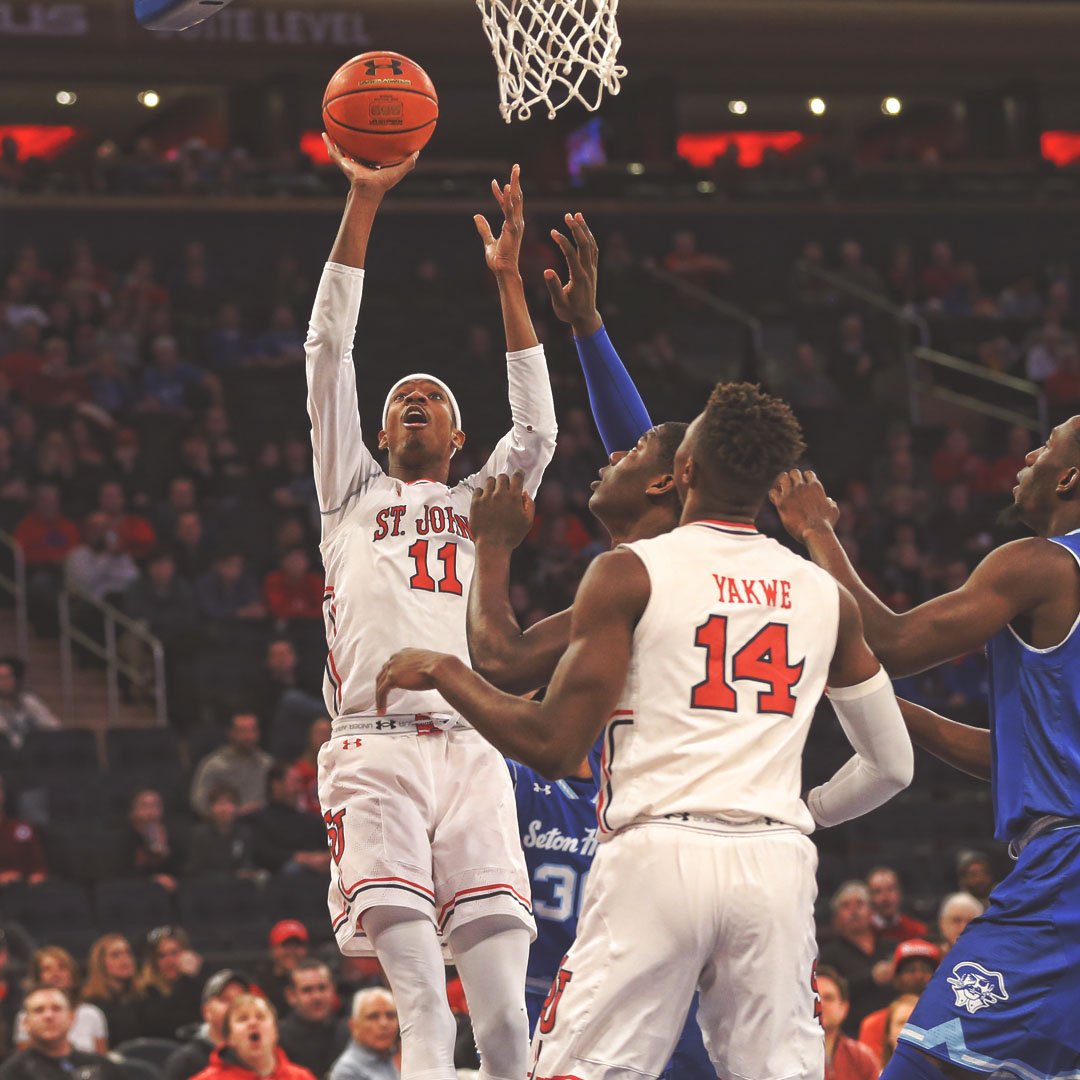 NEW YORK –– St. John’s just made Seton Hall’s road to a second consecutive NCAA Tournament berth significantly harder. With its 78-70 win Saturday afternoon at Madison Square Garden, St. John’s improved to 12-14 overall, 6-7 in the Big East. Perhaps more significantly, defending Big East Tournament champion Seton Hall dropped to 15-9, 5-7. It generally takes a record of at least 9-9 in the Big East to make the NCAAs with an at-large bid, meaning the Pirates must now go 4-2 in their final six games to ensure a .500 record.

Seton Hall’s next three games are all at home, but against ranked teams: No. 23 Creighton, No. 1 Villanova and No. 24 Xavier. After that the Pirates play at DePaul, home to Georgetown and at No. 22 Butler. “We still have a great opportunity coming in front of us,” Pirates coaches Kevin Willard said. “We have three great teams, all good teams, like this conference is and we have to step up to the challenge. “I have a lot of confidence in these guys going forward.” Said Carrington: “We’re just going to take it one game at a time….We’re not saying that we have to go 3-0 [on this homestand], we’re just taking it one game at a time.” If the Big East Tournament started today, St. John’s would be in the top six and wouldn’t have to play on Wednesday. Seton Hall, meantime, would reside in the bottom four and would have to win four games in four days to win the Big East Tournament for a second straight season. Marcus LoVett led St. John’s with 19 points, six assists and five rebounds off the bench, Shamorie Ponds had 17 points and Bashir Ahmed 11 points and eight rebounds. Tariq Owens tallied 10 points, 12 rebounds and four blocks. “I knew today I was going to come off the bench and I did the best I could to provide that spark that I could for us,” LoVett said. Willard said he was particularly impressed by Owens, who battled the Seton Hall bigs down low. The Pirates were without Ismael Sanogo (ankle), who had 12 rebounds when Seton Hall beat St. John’s, 86-73, on Jan. 22 at Prudential Center. “I thought the kid Owens played great inside being a difference-maker,” Willard said. Said St. John’s coach Chris Mullin: “I thought he changed the whole complexion of the game with his energy and effort.” Desi Rodriguez paced Seton Hall with 17 points, Khadeen Carrington had 14, Myles Powell added 13 and Michael Nzei had 11 points and 12 rebounds. Angel Delgado added 13 points and 10 rebounds after going for 21 points and 20 rebounds in last month’s encounter. “I just had a tough night,” Delgado said. “They just played really good today and you just gotta give them credit.” FREE THROWS Mullin said Malik Ellison “hurt his thumb” and his status is unclear going forward….Darien Williams is also day-to-day with an ankle sprain, Mullin said.   Photo: St. John’s Basketball And like ZAGS on Facebook