Experience Over Youth: No. 2 Kansas Takes Down No. 4 Kentucky | Zagsblog
Follow @adamzagoria

Experience Over Youth: No. 2 Kansas Takes Down No. 4 Kentucky 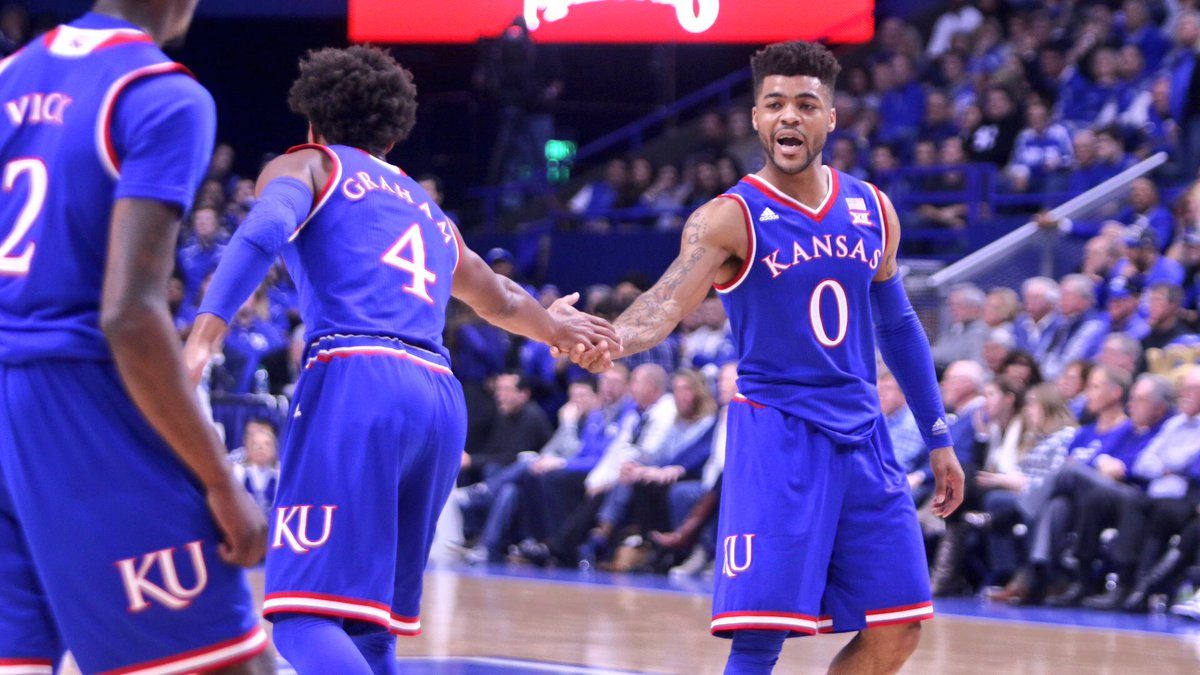 By MIKE McCURRY In a battle between the top two winningest programs in Division 1 college basketball, one of either No. 4 Kentucky or No. 2 Kansas was going to leave Rupp Arena on Saturday with a two-game losing streak. At first, it looked like the Jayhawks would suffer that fate, as they trailed 29-17 early. Kentucky dominated the initial 15 minutes, Malik Monk looked like he was headed toward another 40-point performance, and Landen Lucas was saddled with foul trouble. Incredibly, Kansas proceeded to outscore Kentucky 62-44 the rest of the way, culminating in a 79-73 Jayhawks’ victory in enemy territory. Frank Mason scored a game-high 21 points, while freshman Josh Jackson added 20 to go along with 10 rebounds. Lucas wound up with 13 points on 6-of-6 shooting. Bill Self brilliantly sprinkled in a 2-3 zone, a look that only Derek Willis (18 points, 5-of-6 from deep) seemed comfortable against. Kentucky turned the ball over 17 times and Monk disappeared for long stretches following that scorching start. As a result, John Calipari and Kentucky have accrued a losing streak for just the second time in the past three seasons–both have included setbacks against Kansas and Tennessee, ironically. It’s also UK’s second home loss this year, albeit to a pair of Top-10 teams in UCLA (back in early December) and now Kansas–the Wildcats lost just two home affairs combined in the previous three years. Kansas, meantime, improved to 16-4 against teams ranked inside the AP Top-5 under Self. For the Jayhawks, Saturday’s win marks the end of a rather tumultuous week. Not only was key reserve Carlton Bragg suspended for the second time in a two-month span, but the ongoing legal case surrounding an alleged rape that took place at the same dorm that houses the men’s basketball team has been a ‘huge distraction,’ according to Self. Photo: @KUHoops Follow Mike on Twitter Follow Adam Zagoria on Twitter And like ZAGS on Facebook

No. 1 Villanova Beats No. 12 Virginia on Donte DiVincenzo's Tip-In at The Buzzer