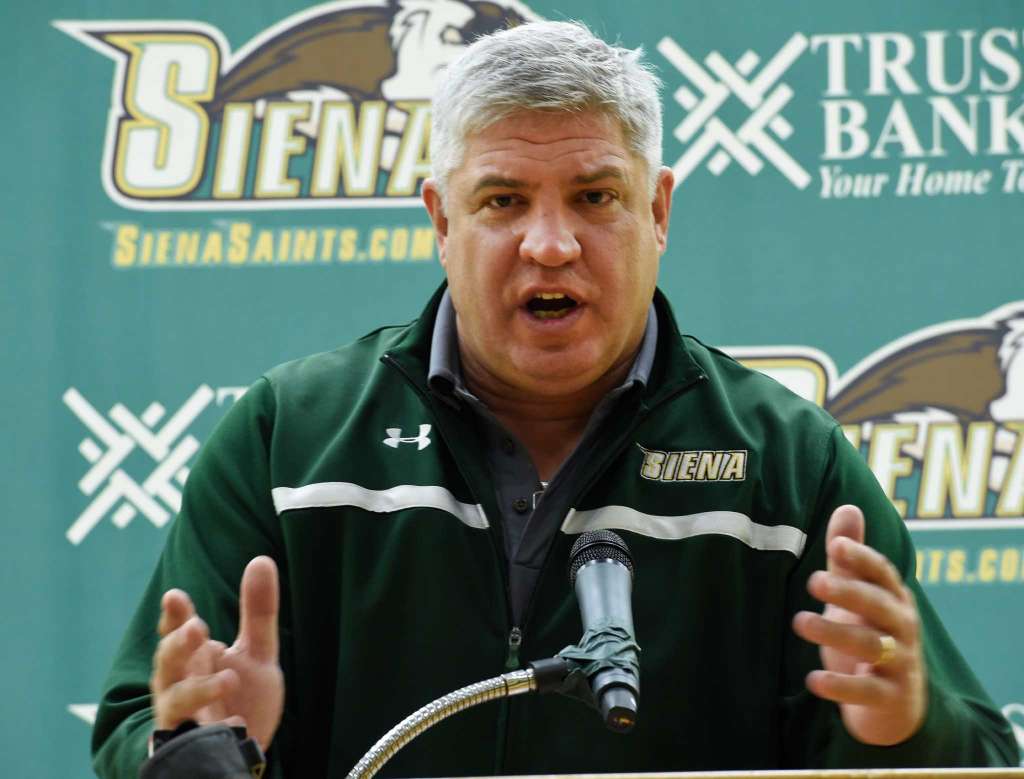 Siena coach Jimmy Patsos is one of the most entertaining guys in college basketball — if not the most. He proved that again on Tuesday night when he pantomimed handshakes with the Rider coaches and players after they walked off the court without going through the handshake line following Siena’s 78-68 victory in Albany. Patsos’ antics caught the attention of ESPN’s Scott Van Pelt, who Tweeted that Siena would make his show on Tuesday night.

Siena wins 78-68. Rider walks off, no handhakes. Jimmy Patsos does the handshakes on his own, anyway. pic.twitter.com/iV4Ko2zmWo

Per Siena beat writer Mark Singelais: “Siena’s Marquis Wright and Rider’s Anthony Durham were both ejected for their parts in an altercation under the basket near the Saints bench with 2:03 to play. Wright shoved Rider’s Stevie Jordan to the court and Durham appeared to take a swing at Wright. “Siena coach Jimmy Patsos and Rider coach Kevin Baggett were also assessed technicals after Baggett walked down from the Broncos bench to the other end of the court and seemed to have words with Wright. Baggett had to be held back by his assistants. “Rider (11-8, 4-4) skipped the traditional handshake line and walked off the court to the boos of Siena fans.” “If you’re looking for me to say anything bad about Kevin Baggett, I’m not going to,” Patsos said. “I love that guy.” Photo: Times-Union Follow Adam Zagoria on Twitter And like ZAGS on Facebook