Coach K to Undergo Lower Back Surgery, Jeff Capel to Step In 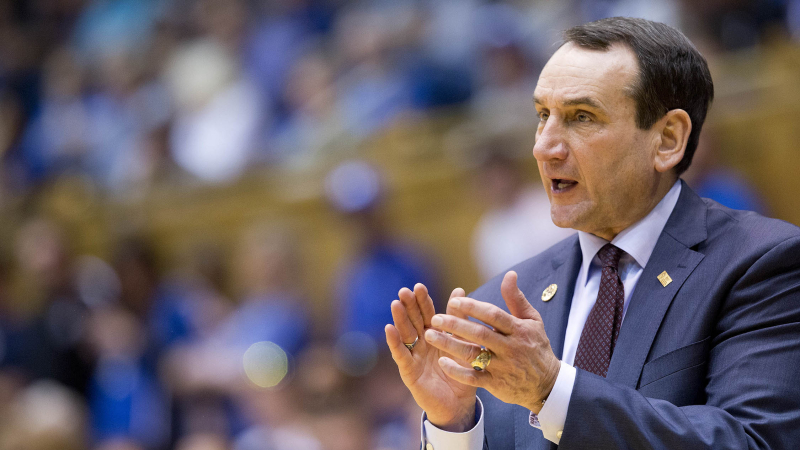 Duke coach Mike Krzyzewski will undergo lower back surgery on Friday, Jan. 6, to remove a fragment of a herniated disc, the school announced. The procedure will be performed by Dr. Allan Friedman at Duke University Hospital. The anticipated recovery time for Krzyzewski is up to four weeks. The last time Coach K stepped away from the team because of back problems — missing 12 games during the 1994-5 season — the Blue Devils failed to make the NCAA Tournament for the only time in the past 33 years. Assistant Pete Gaudet ran the team in Krzyzewski’s absence. Duke (12-2) is ranked No. 8 in the latest Associated Press poll, and it seems unlikely that history will repeat itself because of how deep and loaded this team is. After utilizing many different conservative treatment options over the last month, it was determined that a surgical procedure was necessary to resolve the problem. “Dr. William Richardson, Dr. Friedman, and our medical team have worked tirelessly to help manage this issue for several weeks,” said Krzyzewski. “Together, we have determined that surgery is the best course of action at this time. During my recovery process, the team will be in the capable hands of Coach Capel, Coach James and Coach Scheyer. As soon as the doctors clear me to do so, I look forward to returning and giving our team 100% of my energy and attention, which is certainly something that they deserve.” “To be sure, the entire Duke community is supportive and eager to get Mike back as soon as possible,” said Duke Vice President and Director of Athletics Kevin White. “His health is paramount, and he will get the best possible care in the world by the Duke medical team. With the proper recovery time, we look forward to Mike doing what he does best – leading and teaching — very soon.” Duke associate head coach Jeff Capel will coach the team in Krzyzewski’s absence, starting with the Blue Devils’ game vs. Boston College on Jan. 7 in Cameron Indoor Stadium. Krzyzewski has won a Division I men’s basketball record 1,055 games in 41-plus seasons as a college head coach, owning a 1,055-323 overall record and a 982-264 mark in 36-plus seasons at Duke. He has led Duke to five NCAA championships (1991, 1992, 2001, 2010, 2015), the second-most national titles by a coach in NCAA history. Krzyzewski guided the United States National Team to an 88-1 record and seven total medals (six gold) as head coach from 2005-16. He is a seven-time USA Basketball National Coach of the Year and the only coach – men’s or women’s – to lead a country to three consecutive Olympic basketball gold medals. Krzyzewski was inducted into the Naismith Memorial Basketball Hall of Fame in 2001. Photo/Release: Duke Follow Adam Zagoria on Twitter And like ZAGS on Facebook