In Case There Was Any Doubt, Steve Alford Says Lonzo Ball is ‘Absolutely One-and-Done’ 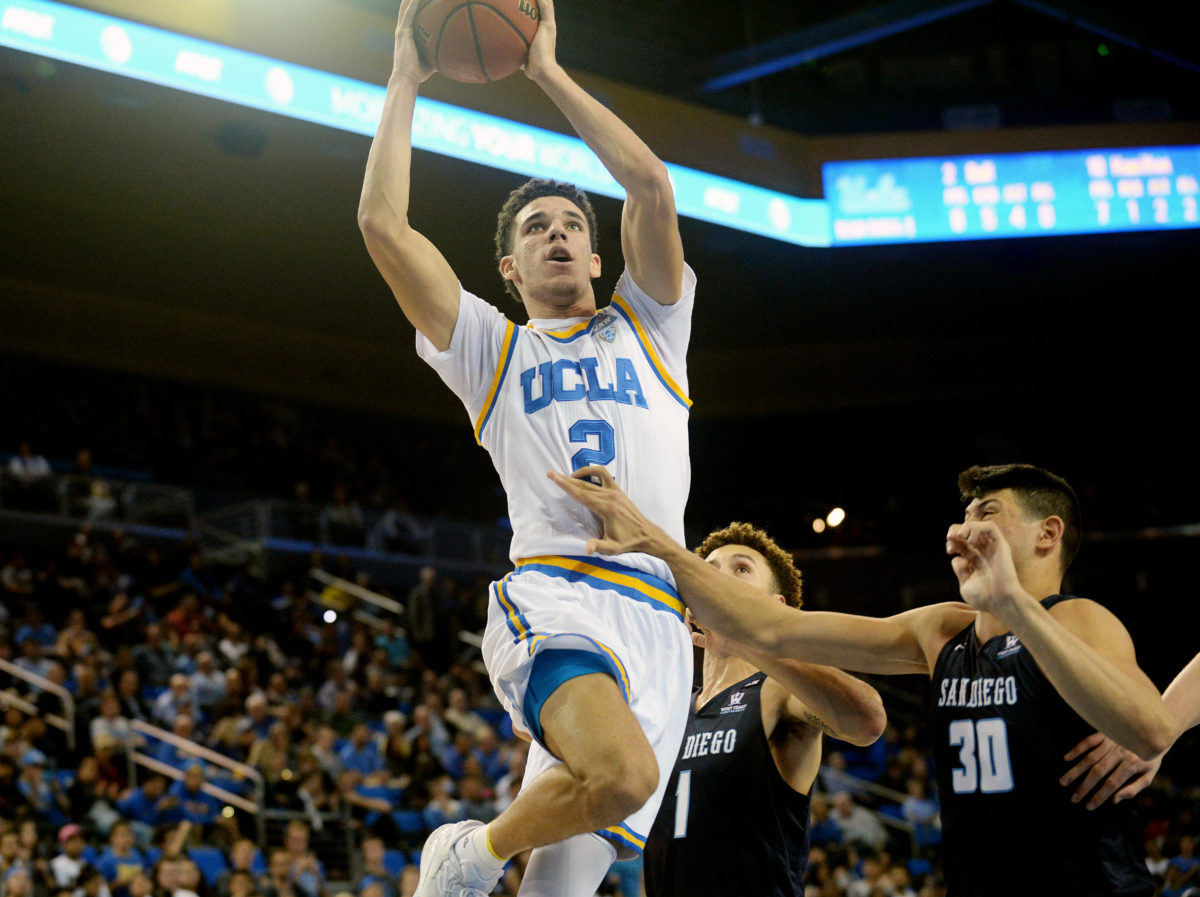 For those holding out hope of seeing Lonzo and LiAngelo Ball balling it up at UCLA during the 2017-18 season, Steve Alford says Lonzo is “absolutely” going to be one-and-done. Not exactly shocking news, considering Ball is now the projected No. 4 pick via DraftExpress.com and will be watched by nearly 50 NBA scouts on Saturday when No. 2 UCLA (11-0) faces Ohio State in the CBS Sports Classic in Las Vegas. But it isn’t always that a head coach comes flat out and says that about a star freshman, either. “Do we know he’s a done and done, do we know he’s not gonna be here long? Absolutely,” Alford told ESPN’s Cari Champion for a feature that aired Friday. “Do his teammates know that? Absolutely. Everybody understands that but if you’re around ‘Zo, you would think this is a lifetime deal.” As for Ball, he was asked by Champion if he would like to play with at UCLA with LiAngelo — who has signed for the 2017 season and scored 72 points in a game last month — Lonzo didn’t exactly commit to it. Their youngest brother, LaMelo Ball, has committed to UCLA for 2019. “It would [be cool to play at UCLA with my brother] but that’s not the goal for me at hand,” said Ball, averaging 14.8 points, 8.6 assists and 5.6 rebounds. “If it came down to it, there’s nothing wrong with it.” Asked if he was ready to go to the NBA, Ball said, ‘Yeah, that’s been my dream as a kid and I work to it every day.” “I can’t wait,” he said, adding that he’s ready to take on LeBron James. “LeBron, you my favorite player in the world but I’m gonna have to get the ‘W.’   **For more from Alford on Ball, listen to The 4 Quarters Podcast.   **For more on the Ball Brothers, read this excellent feature by ESPN’s Jeff Borzello.