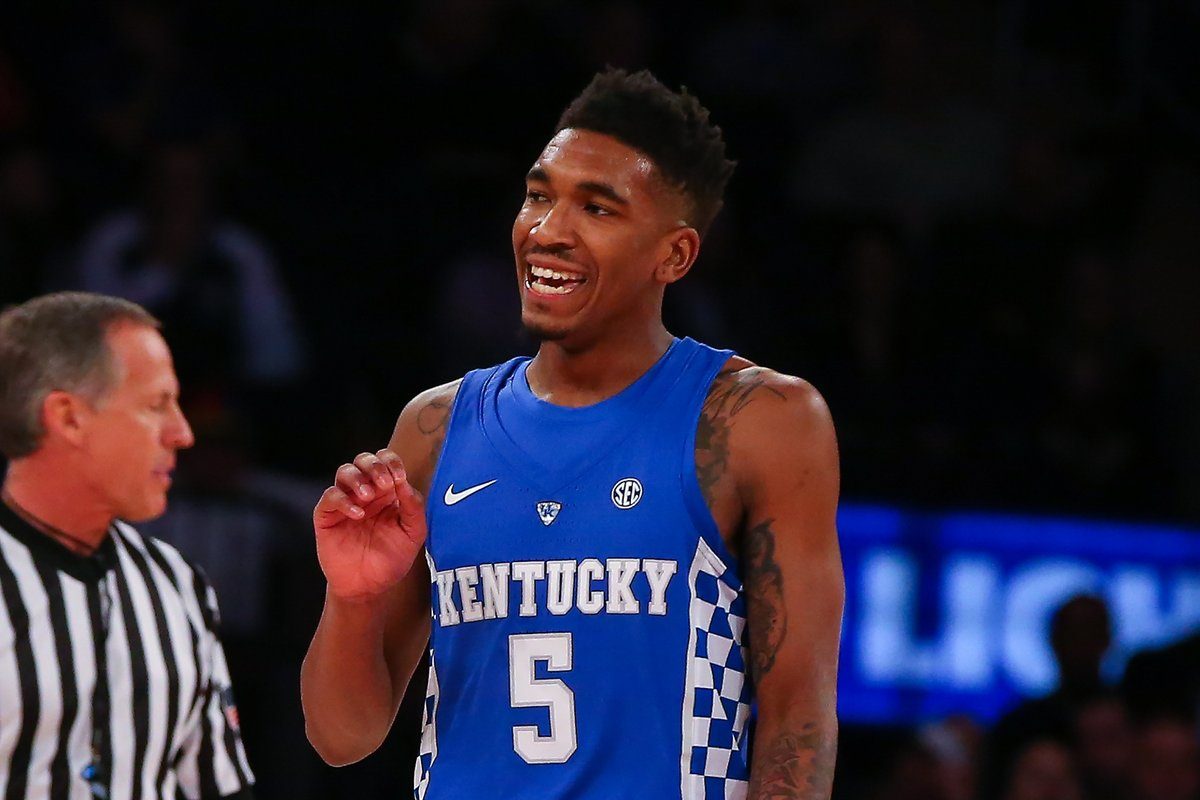 Playing in front of nearly 50 NBA scouts, Kentucky freshman guard Malik Monk put on a show. Monk went for a career-high 47 points on 18-for-28 shooting as No. 6 Kentucky held off No. 7 North Carolina, 103-100, in the CBS Sports Classic in Las Vegas. Monk’s output was also the most ever for a Kentucky freshman. “We usually run a play for me the first play of the game,” Monk told CBS. “If I make it, I’m usually going to be on. We ran a play for me and I made it, I just knew I was going to make the rest.”

Fellow freshman De’Aaron Fox added 24 points and 10 assists while Bam Adebayo had 13 points and 7 assists. Monk’s 3-pointer from the left wing put Kentucky up 101-100 with 17 seconds listening. “The rim was big already,” the Arkansas native said. “My teammates set me up well with great screens and I was just able to knock down the shot. I was wide open from the screen.” “I said drive and he shot a three. I said, ‘Good shot. Way to go kid,'” Kentucky coach John Calipari told CBS.

Justin Jackson went for 34 points, 5 rebounds and 3 assists for North Carolina, including a layup that put them up 100-98 with 43 seconds remaining. North Carolina launched a desperation 3-point attempt at the buzzer but the ball stuck in the rim. Joel Berry II, playing on a bad ankle, went for 23 points, 7 assists and 5 rebounds in the loss. Monk went for 27 points in the first half when Kentucky seized a 56-51 lead. “Well in the first half he was ridiculous,” Calipari said. Monk is projected as the No. 5 pick by DraftExpress.com. “[Monk] is an NBA athlete that is an excellent mid range jump shooter off the bounce,” one NBA scout said. “He has become a consistent 3-point shooter. He can score at all three levels. He’s a certain lottery pick when he decides to leave school.” Photo: ESPN