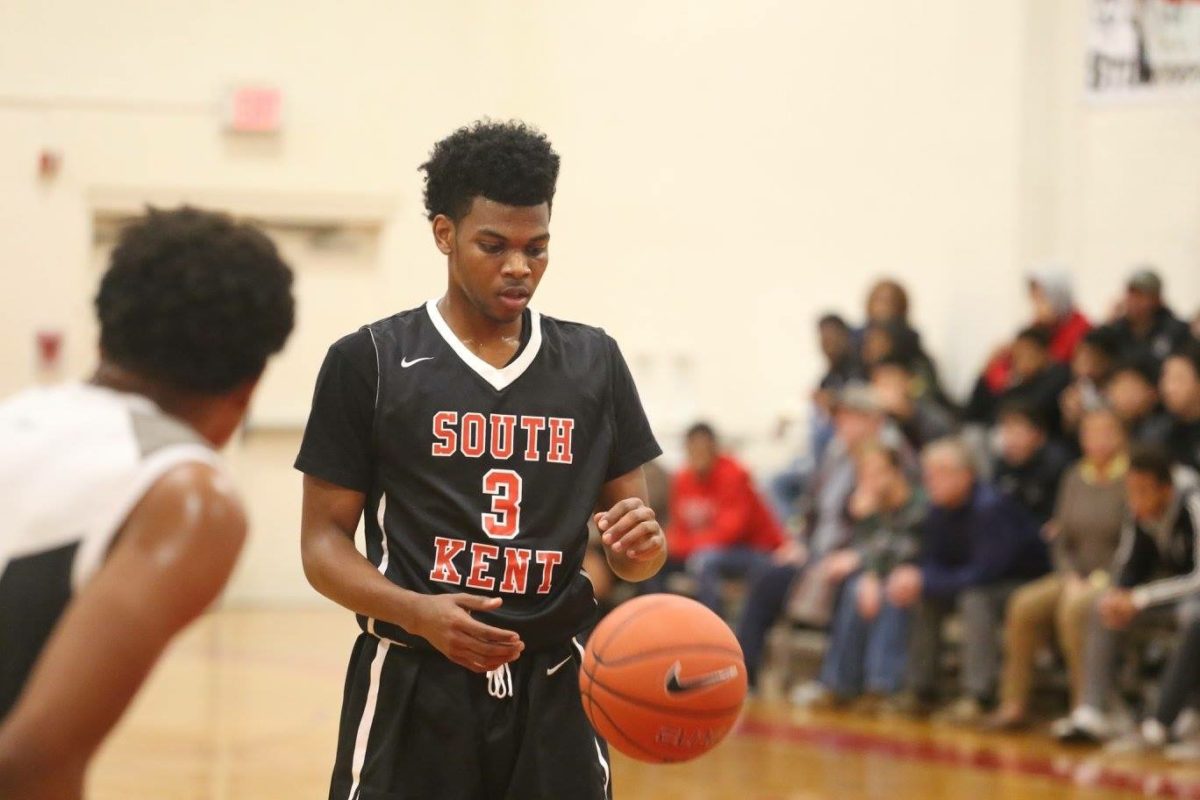 Rutgers and St. John’s are among the schools working hard to land Class of 2018 point guard Anthony Nelson of South Kent (CT). The 6-foot-4, 175-pound left-hander attended Rutgers’ 77-75 victory over Hartford on Friday along with 2018 Hudson Catholic shooting guard Luther Muhammad and 2019 combo guard Al-Amir Dawes of The Patrick School. “It was good,” he said. “They just told me that they love my game and they really think I can be special. Coach [Steve] Pikiell and the rest of the staff are good guys. I really like them.” St. John’s has also been working especially hard for Nelson. “Coach Matt [Abdelmassih] always tells me all the time how much he likes my game and to keep up the good work,” Nelson said. “He thinks I can be a special player as well.” Nelson holds offers from Drake, Middle Tennessee State, Hofstra, Manhattan, VCU, Rutgers, DePaul and St. John’s with interest from Rhode Island, Cincinnati, St. Joseph’s, Tulane, Dayton, Monmouth and St. Louis. He has no current timetable on cutting his list or committing.