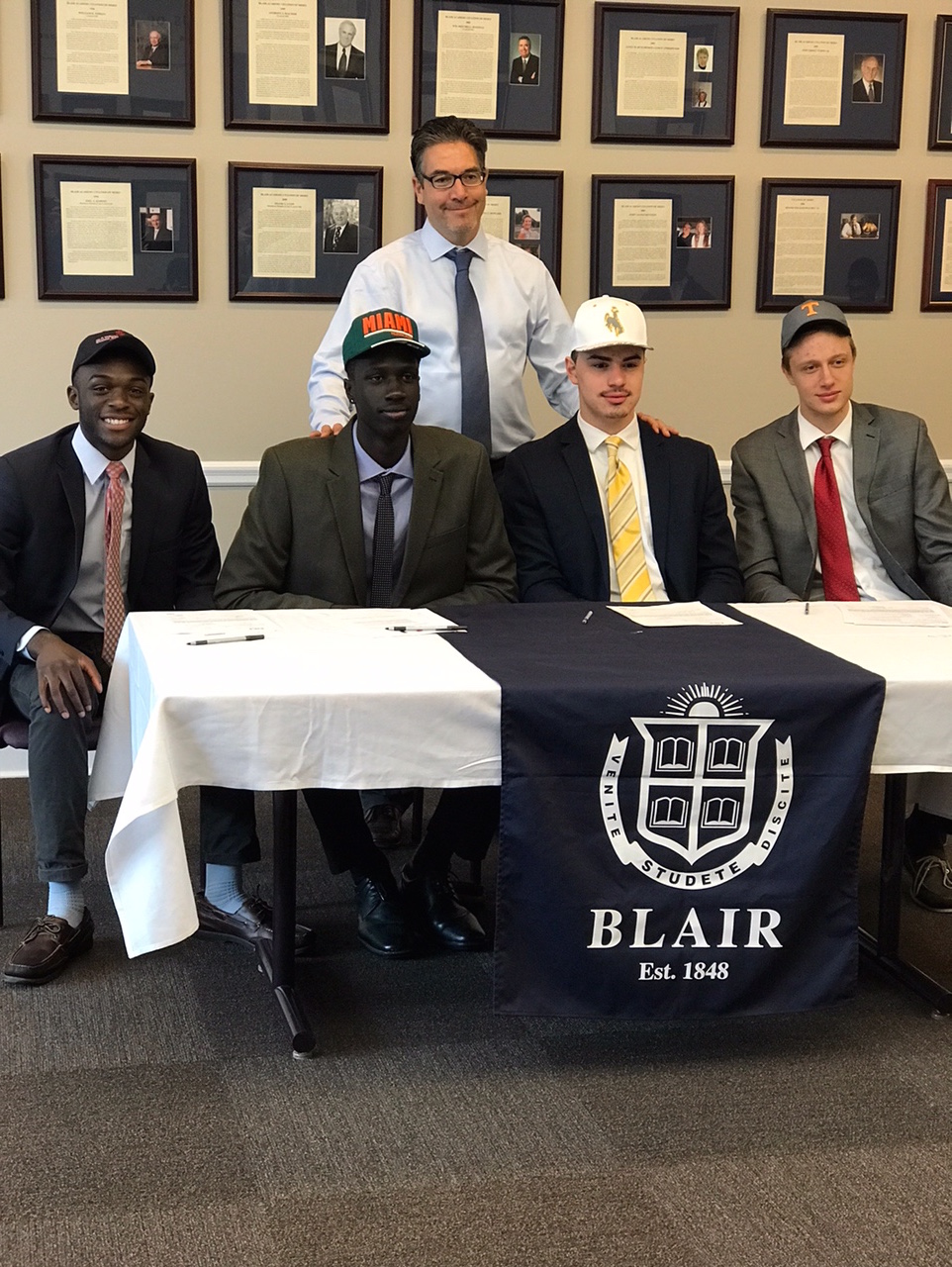 Blair Academy coach Joe Mantegna is in his 18th season at the New Jersey prep power, and has won over 300 games. He has coached future NBA players Luol Deng and Charlie Villanueva. But he never had a team with a quartet of players sign National Letters of Intent. Until Wednesday. Forward Deng Gak (Miami), point guard Matt Turner (Santa Clara), wing Anthony Mack (Wyoming) and stretch-four Zach Kent (Tennessee) all signed at the school. “I think it’s a lot of credit to Coach Mantegna for getting us all prepared,” said the 6-foot-4 Turner, who also considered Pittsburgh, Seton Hall and Virginia Tech. “It shows how confident our team is and we’re all very excited for the season.” “It just shows how talented we are as a group,” said the 6-foot-10 Gak, who chose Miami over Kansas and Florida. “I feel like we are a top-25 team in the country right now.” As a prep school, Blair doesn’t compete against the St. Anthony’s, St. Patrick’s and Roselle Catholics of the world in the prestigious Non-Public B state tournament bracket, but instead plays for the New Jersey Prep A title. “The goal is definitely to win the state championship but also to beat the other highly-ranked teams on our schedule, like IMG is on our schedule this year, St. Patrick’s,” Gak said. Blair will face St. Anthony’s, St. Patrick’s and St. Benedict’s — all in January. They also face Vermont Academy Nov. 20 at the National Prep Showcase in Connecticut and New Hampton (N.H.) at the Hoophall Classic on Jan. 15. “It’s hard to single out one game, maybe St. Benedict’s because they beat us last year [in the Prep final],” Turner said. St. Patrick’s – now known as The Patrick School — also had four players sign on Wednesday and will have five total when Nick Richards announces on Thursday. The teams will face off on Jan. 29 at the Hoop Group Lehigh Valley Showcase. “Big-time, that’s definitely highlighted on our schedule,” Gak said. Mantegna is looking forward to coaching his talented group. “We have a super-loaded schedule and we’re going to get tested every night,” he said. “We’re excited that these guys are signed and now they can concentrate on the season and getting better.”   Follow Adam Zagoria on Twitter And like ZAGS on Facebook