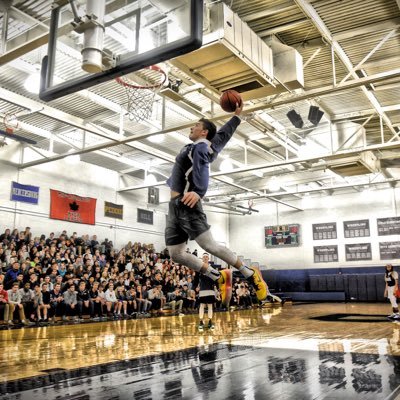 Blair (N.J.) Academy has already seen two players commit to Division 1 programs this fall with point guard Matt Turner picking Santa Clara and big man Deng Gak choosing Miami. Now wing Anthony Mack could be next in line as he may make a decision in the coming days. The 6-foot-6 Mack, who can play the 1, 2 and 3, has a top five of Wyoming, Georgia, Villanova, St. Louis and Missouri, but Florida and Miami are also showing interest. “I’m actually looking to decide [this] week, either Monday, Tuesday or Wednesday,” he said Sunday evening by phone. “I’m either going to decide to commit to one of those schools or I might open up my recruitment. “I think I’m more likely going to commit to one of those schools.” Mack broke down each of the five schools on his list: St. Louis: “Coach [Travis] Ford has been in our gym a lot. They have a great program and everything and I know he’s trying to rebuild it. And I know he’s a legendary coach with a good fan base.” Wyoming: “They have a new coach, coach [Allen] Edwards, he’s obviously won the national championship at Kentucky when he played so he knows what it takes to get there. The coaching staff there is great, and the environment’s great there. The Mountain West, I really like that league and the players are really great there. The players all around are a great bunch of guys.” Georgia: “When I took my official there, I loved the atmosphere there. It’s a college town as everybody knows. I could really see myself playing there. I love the conference, the SEC. The system that they run, I really see myself playing there. Coach [Mark] Fox is really big on developing his players and at that level I think I’ll fit really well and show out in the SEC because of my playing style. If you put me in that system, I just think that I could really shine, and that’s what they think as well, I could make an immediate impact.” Missouri: “The college has a good college town. It’s a rebuilding program. Coach [Kim] Anderson has basically now gotten the guys that he wanted to be on the team because his first two years he had some guys that were still there from the year before that. So I think Coach Anderson has now actually gotten his group of guys in and they have a winning culture around them, and all of them are really hungry. So I like that a lot about them, and everything else is great there.” Villanova: “Obviously, Coach [Jay] Wright is a legendary coach, they just won a national championship. That playing style also fits me really well. I play like a [Ryan] Arcidiacono, that type of player. I’m a really hard-working player. In his system, whatever minutes I play, I think that I can really show out and with that group of guys I think we can get to a national championship like they did this past year.” And Like ZAGS on Facebook