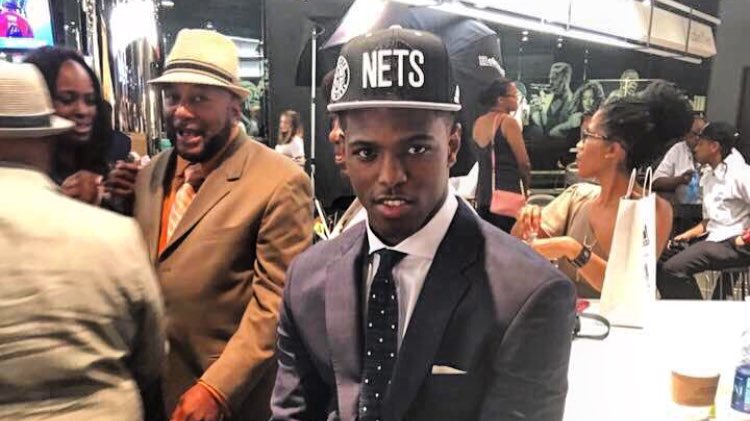 Former Seton Hall star Isaiah Whitehead will make his Nets home debut Friday night against the Pacers at Barclays Center. And Whitehead will be just eight miles away from where he grew up in Coney Island. “It’ll be big to see the fans out there and my friends and family in the crowd. Hopefully we win. That’s the major goal,’’ Whitehead, who had 1 assist and 1 rebound in 3 minutes in Wednesday’s 122-117 season-opening loss at Boston, told the Post. “It’s really importance attendance-wise. If they see us go full-force, win or lose give it our all, I think they’ll come to every game and support us.” One person who won’t be in attendance is Seton Hall coach Kevin Willard, who wishes he could attend but will be in Philadelphia for a “secret scrimmage” with Penn State on Saturday. Lincoln coach Tiny Morton may attend, and former Lincoln assistant James Barrett is planning to support Whitehead, the No. 42 pick in the June Draft. “I’m very excited that Isaiah is getting the opportunity to play his first home game in the NBA in the city that he grew up in,” said Barrett, now the executive director of Team M.A.G.I.C., a new AAU team. “I’m expecting him to just go out there, play hard and continue to have [Jeremy] Lin and the other vets around him help him grow into a high-caliber point guard in this league.” Willard expects his former point guard to spend some time in the NBA D-League this season. Last year, 27 players drafted, including 10 first-round selections, played in the NBA D-League. “He’s up here all the time [at Seton Hall],” Willard told me Tuesday at Seton Hall’s Media Day. “We’re excited for him. He’s a rookie in the NBA. You’re going to be on the inactive list, you’re going to go down to the D-League every once in a while, you’re going to play, you’re going to get your opportunities. That’s part of being a rookie in the NBA. He’s going to have to carry some bags, he’s going to have to do all that. “The biggest thing we’re talking to him about is just making sure he stays sharp. Get extra reps in, get to the gym a little bit earlier, like he always does.” Follow Adam Zagoria on Twitter And like ZAGS on Facebook