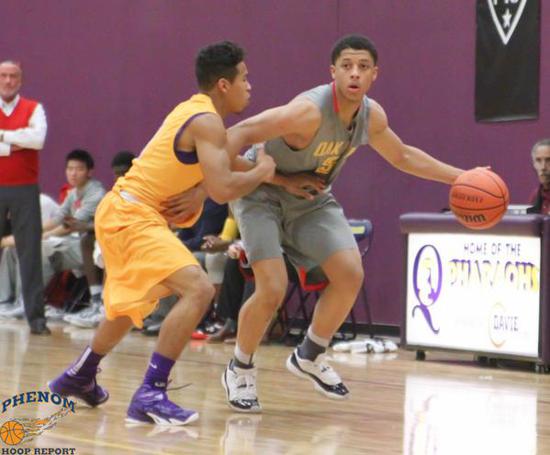 Lindell Wigginton, the 6-foot-2 point guard from Oak Hill Academy (VA), pledged to Iowa State on Friday. Ranked the No. 12 point guard in the Class of 2017 by 247Sports.com, the Canadian also considered Oregon and Arizona State. “I just felt it was right in my heart after my visit,” Wigginton told Scout.com. “I really liked my visit. I liked how the coaches were talking to me. Me and the coaches have had a good relationship since they first started. I know I can go in there and make a impact as a freshman. I think this is the right fit for me.” Wigginton hopes to follow in a line of Steve Prohm-coached point guards who include Cameron Payne, Isaiah Canaan and Monte Morris. Wigginton joins point guard Darius McNeill and small forward Terence Lewis in Iowa State’s 2017 class. “He told me about them and told me about Isaiah Canaan,” he said. “That’s who he feels I play like and I can do the same stuff.” “What I love about Lindell is that he is a two-way player,” Oak Hill coach Steve Smith said. “He is a great on- and off-the-ball defender. Offensively he can play either guard spot. Lindell has great three-point range, an efficient pull-up game, and can get to the rim and finish. He is physically and mentally ready to play right away as a freshmen.” Photo: PhenomBallers.com And like ZAGS on Facebook

Jamir Moultrie Down to Three Schools