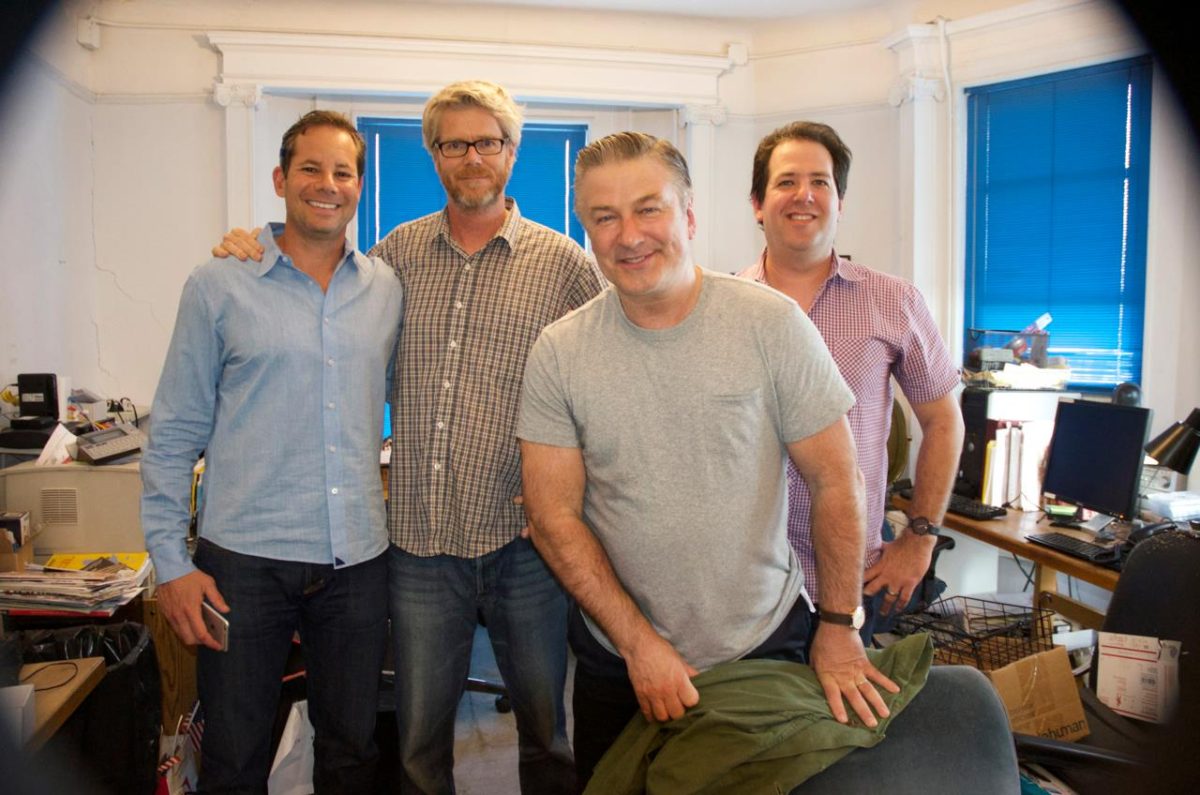 Alec Baldwin isn’t just killing it with his Donald Trump impersonation on “Saturday Night Live.” The Hollywood star is also the narrator for the documentary “-flatball-a history of ultimate” that debuted in October at the Carmel (CA) Film Festival and is directed by legendary New York Ultimate player Dennis “Cribber” Warsen. The film will make its New York debut on Dec. 18 at 5:30 p.m. at the SVA Theatre on 23rd St. Tickets are available here now for $13. The film documents the history of Ultimate from its inception as a cult sport in the late 1960s at Columbia High School in Maplewood, N.J., through the present day, where the sport has a chance at debuting in the 2024 Los Angeles or Paris Olympic Games. “Flatball” highlights arguably the greatest team in the history of the sport, the “New York, New York” dynasty that won six National Championships between 1987-93 (including five straight) and four World Championships. The team’s leaders were Kenny Dobyns and Pat King, two of the most charismatic figures in the game’s history. King once famously said, “The best thing about Ultimate is that I play.” Here he is in a 1991 New York huddle: Beau Kittredge, star of last summer’s undefeated USA Men’s Team at the London World Championships, exclaimed, “Finally, a film that explains the birth and quirks of the sport I love. It neatly ties the history to the future with the silky bow that is Alec Baldwin’s voice. Even as a six-time world champion I didn’t know the giants whose shoulders I stand upon. It’s a special treat to have a great player like Dennis Warsen also have skills behind the camera; it allows the story to be told as only an Ultimate player could.” And Dante Anderson, former Team Canada player and captain, called FLATBALL a “great flick: heroes, villains, movie stars, love, hate, war and peace, the thrill of victory, and the agony of losing your girlfriend by saying something on national TV.” “Great doc! So much fun and informative, so exciting. In a sports world plagued by doping scandals, match-fixing, showboating, greed, and violence, FLATBALL is a refreshing portrayal of the values and spirit that make Ultimate one of the fastest growing sports on the planet—and a great tool for global conflict resolution,” noted documentary and narrative feature filmmaker Stephen Nemeth. FLATBALL is produced by Eric Kaye and David Blau and executive produced by Mr. Nemeth and Hans Humes. More information at: http://flatballfilm.com.   **Across an Ultimate career that has lasted almost 30 years, Adam Zagoria has competed in College, Open, Mixed, Masters and Grandmasters Nationals. In 2013, he captained the Westchester Ultimate Summer League championship Gold team. His team also won the WSL title in 2011. Zagoria is the co-author, along with Tony Leonardo, of “ULTIMATE – The First Four Decades.”

The Ultimate Goal: Getting James Zagoria Into the 2028 Olympics