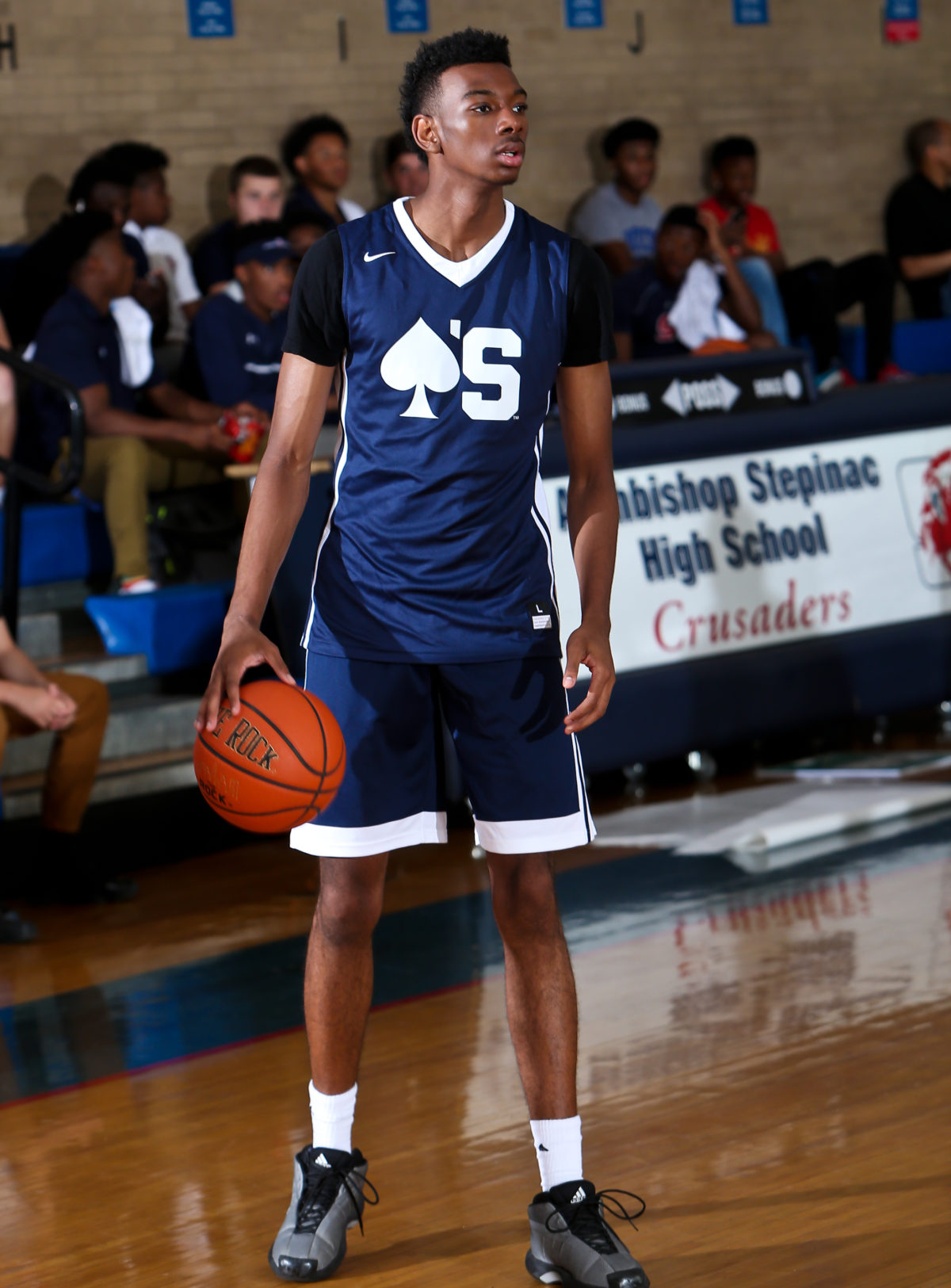 Aaron Wheeler, the 6-foot-8, 185-pound small forward from Brewster (N.H.) Academy and the Mass Rivals AAU program, has committed to Purdue following an official visit this weekend. The No. 48 small forward in 2017 according to 247Sports.com, Wheeler said he also considered Pittsburgh, Northwestern, Arkansas and Creighton. “Me and my family thought it would be the best fit for me both academically and athletically,” Wheeler said Monday morning by phone. “Talking with the coaches, they said I would have a chance at competing for playing time as a freshman so that’s really important. I just loved all the coaches, all the players were relatable so I just thought it would be a great fit for me.” On Sunday evening, Wheeler said Purdue could lose two guys to the NBA, which would open up playing time for him. “They said they might have two guys going to the league [NBA] next year, Caleb Swanigan and Vince Edwards,” he said. “They’re two forwards so they were just saying coming in I’ll have a chance to compete for playing time, which is real big. That’s a goal of mine, to play valuable minutes as a freshman. “And also they’re a Top 10 team and I would have a chance to play right away so that’s big. It’s also a real good academic school so that’s something my parents want for me just in case something bad happens and I’m not able to play basketball anymore. It’s important to get a good degree for after college.” Wheeler is the fifth Class of 2017 player on the Mass Rivals team that went 21-0 this summer and won four tournaments to pledge to a high-major school following Makai Ashton-Langford (UConn), Wabissa Bede (Virginia Tech) Azar Swain (Yale) and Tamenang Choh (Brown). “I’m a real versatile player, I can do a lot of things on the court,” he said. “I can play the four man if you need me to, I can guard multiple positions, I can bring the ball up on the break. I just think I bring versatility.” Said Mass Rivals coach Vin Pastore: “Aaron Wheeler is a high-character and high-academic prospect who brings length and athleticism and an innate ability to score the ball at all three levels. He has a huge upside and big days are ahead.”