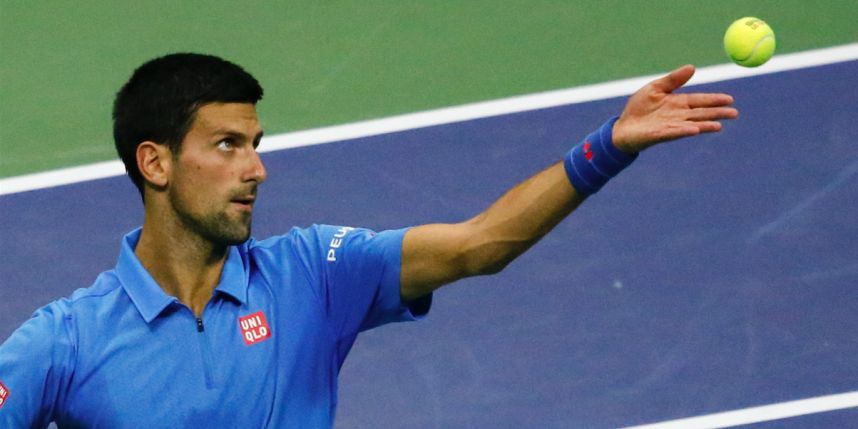 NEW YORK — While Novak Djokovic’s path to the US Open final once appeared strewn with obstacles and tough opponents, it now looks like a free and open highway. His lucky ride continued Tuesday night when Jo-Wilfried Tsonga retired with left knee pain after dropping the first two sets to Djokovic in a quarterfinal match under the lights of Arthur Ashe Stadium. That followed a second-round walkover thanks to Jiri Vesely and a third-round, first-set retirement by Mikhail Youzhny. In total, No. 1 Djokovic has only had to play five complete sets through five matches heading into Friday’s semifinal matchup with No. 1 Gael Monfils of France. Assuming Monfils doesn’t retire during the match, too, Djokovic will have completed one full match in the last 11 days. “I put myself in a position again to be one match away from the finals,” said Djokovic, who won the Open in 2011 and ’15 and is seeking his 13th career Grand Slam crown. “As [the] tournament progresses, I feel like I’m getting better. Of course this Grand Slam is very unique for me. I never experienced something like this to have three retirements on the road to the semifinals. Click here for the full story on Metro. And like ZAGS on Facebook

Andy Murray Picks Djokovic to Win Open, Says He Would've Signed for the Summer He Had