Andy Murray Picks Djokovic to Win Open, Says He Would've Signed for the Summer He Had | Zagsblog
Follow @adamzagoria

Andy Murray Picks Djokovic to Win Open, Says He Would’ve Signed for the Summer He Had 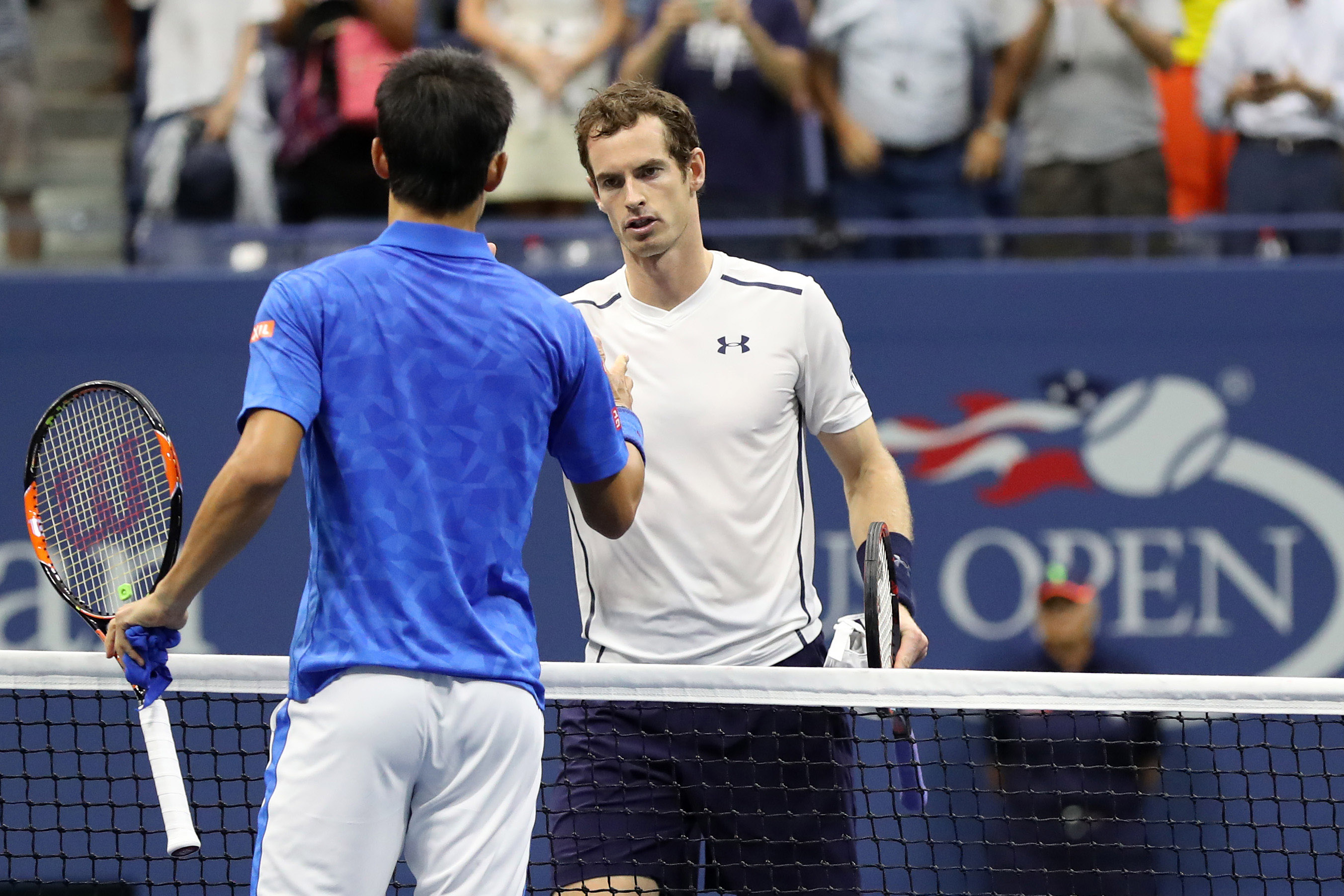 NEW YORK — Andy Murray was the trendy pick of many tennis experts to win the US Open. After all, the 29-year-old Scot won both Wimbledon and the Olympics — for a second time each — this summer, and he appeared to be on a roll coming into Flushing Meadows. But No. 6 Kei Nishikori slowed No. 2 Murray’s roll with a five-set upset in the quarterfinals, 1-6, 6-4, 4-6, 6-1, 7-5, in a match that lasted 3 hours, 58 minutes. There were five breaks in the fifth and final set, with the Japanese scoring the most significant one to go ahead 6-5. The 2014 runner-up then held his nerve and closed out Murray on his own serve. Nishikori will meet the winner between No. 3 Stan Wawrinka and unseeded wildcard Juan Martin del Potro in Friday’s semifinals, with No. 1 Novak Djokovic to face No. 10 Gael Monfils in the other. There shouldn’t be much of a surprise about who Murray is picking to win the tournament. “I’d say Novak would be the favorite,” said Murray. “I mean, obviously a lot of top, top players left. Gaël has been playing very well. I think in their head to heads, Novak has had quite a little bit of success.” Murray was bidding to make his fourth Grand Slam final of 2016 after losing to Djokovic at the Australian and French Opens and winning Wimbledon. Murray’s loss also signified another historical note. It marked the first time since the 2004 French Open that a Grand Slam tournament will not feature Roger Federer, Rafael Nadal or Murray in the semifinals. Gaston Gaudio won the French Open that year. While Monfils, Nishikori, Wawrinka and del Potro all remain, Djokovic also remains on pace for his 13th career Grand Slam title, which would put him one behind Nadal and Pete Sampras (14) and four behind Federer’s all-time mark of 17. The Murray-Nishikori match featured both a butterfly fluttering about on Murray’s half of the court and a “gong” sound that went off several times and appeared to distract Murray. ESPN commentators Patrick McEnroe and Cliff Drysdale were openly joking about the noise, calling it “The Gong Show.” “[Referee] Wayne McKewen told me that it happened four times during the match that the speakers had gone off like that,” Murray said. “I had only heard it one time before, which was on set point in the second set. That was it.” The Open issued a statement saying “One of the three digital audio sound processors in Arthur Ashe Stadium malfunctioned early in the fourth set of the Kei Nishikori – Andy Murray match. The malfunctioning unit is located at the court level. The three processors are linked, and work as a single unit. The malfunctioning unit could not be taken off-line without interrupting play. The malfunctioning unit will be replaced between the day and evening sessions. The replacement of the unit, which requires the shutting down and then re-booting of the system, can take up to thirty minutes.” Murray appeared bothered by the noise during the fourth set, which he lost, 6-1. He then got down 0-2 in the fifth. “Definitely I would say to 4-1 I didn’t play a good game after I got out of the change of ends, and then, you know, he held pretty comfortably the next game,” Murray said. “But after that, I don’t think so. You know, there was a lot of time between then. I had a lot of game points in the 4-1 game; didn’t get it.” Despite his quarterfinal exit, Murray enjoyed a tremendous summer, beating Milos Raonic to win his second Wimbledon title and del Potro to become the first man ever to win Olympic gold twice. “You know, if someone had offered me the summer that I have had before Wimbledon, I probably would have signed for that,” he said. “I would imagine I’d be very happy with how I have done and, you know, learn from this match today and the summer as a whole, because, you know, it’s been tough. It’s been a hard summer.” And like ZAGS on Facebook