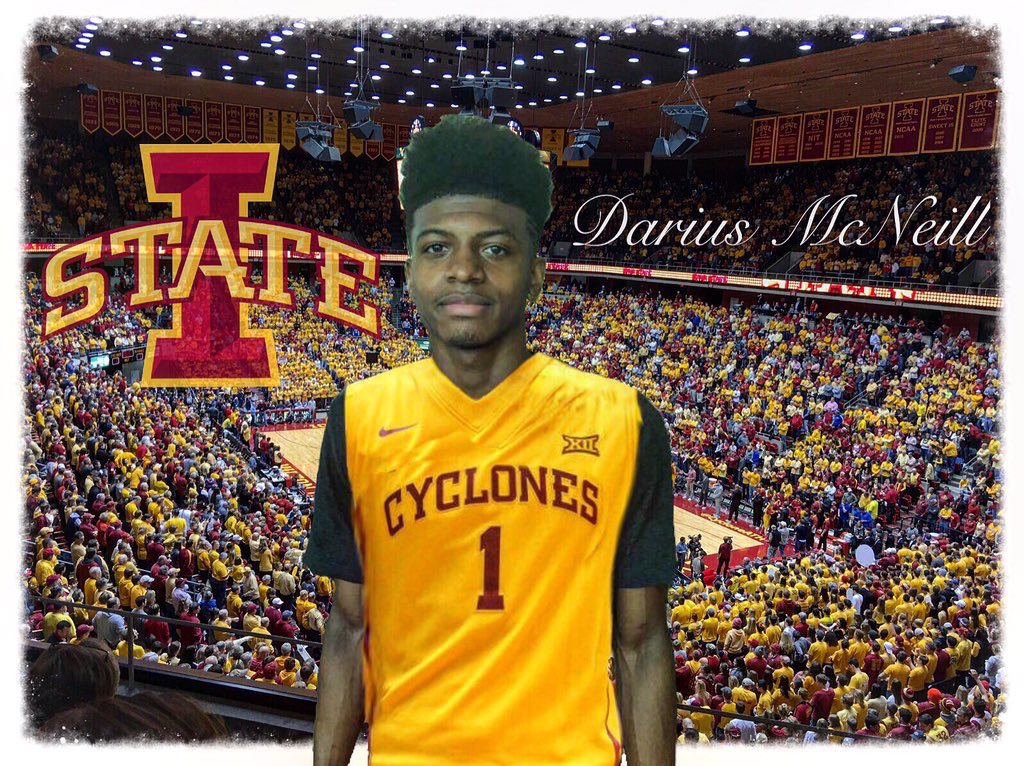 Ethan Henderson, a 6-foot-8 power forward from Parkview Magnet(AR) High School announced his commitment to Arkansas on Monday after taking an unofficial visit this weekend. Henderson joins three-star recruits, Isaiah Joe, Desi Sills, and four-star recruit, Reggie Perry to make up the Razorbacks 2018 recruiting class. Henderson is ranked by 247 Sports as being the #101 player in the Class of 2018. After landing Henderson, Arkansas has the top recruiting class in 2018 according to 247Sports. Darius McNeill commits to Iowa State Darius McNeill, a 6-foot-2 inch shooting guard from Westfield(TX) High School committed to Steve Prohm and Iowa State on Monday. He joins KeyShawn Feazell and Terrence Lewis as the third commit in the Cyclones’ 2017 recruiting class. McNeill took his official visit to Iowa State on Friday and was scheduled to visit Cincinnati later this month. McNeill announced his commitment via twitter, saying, “After months of prayer and guidance from loved ones, I’ve decided to take my basketball talents to Iowa State University!!”