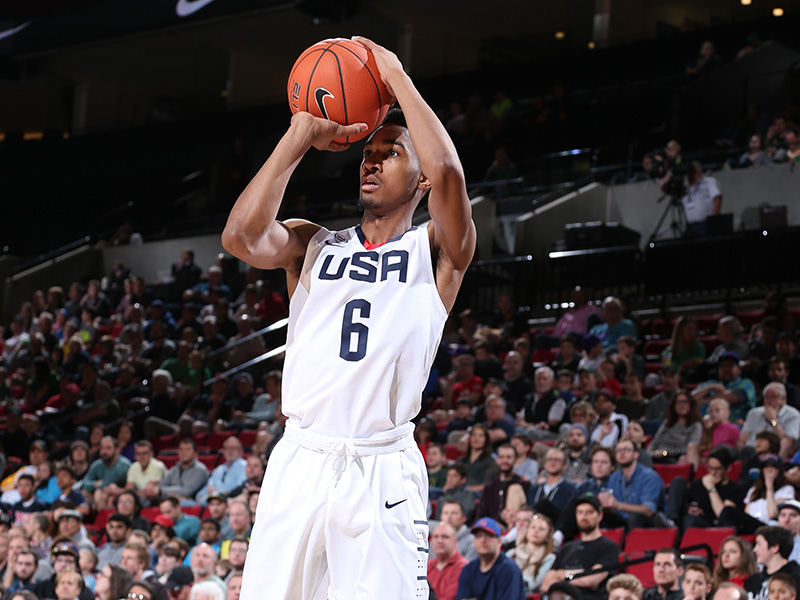 Onetime Arizona commit Terrance Ferguson has officially signed with Under Armour. The 6-foot-7 wing chose to play professionally in Australia for the Adelaide 36ers after failing to qualify at Arizona. He is the third player to sign with Under Armour after skipping the American college route, following current Knicks guard Brandon Jennings, who signed in Italy, and current Denver Nuggets guard Emmanuel Mudiay, who played in China. Terms of the Under Armour deal were not disclosed. Scout.com reported that Ferguson will net about $500,000 in Australia. He is projected as the No. 24 pick in the 2017 NBA Draft by Draft Express.com. “Terrance is one of those rare, electrifying athletes who plays the game high above the rim with tremendous playmaking skills,” said Kris Stone, Sr. Director of Global Sports Marketing, Under Armour. “The intensity and mature disposition that he brings to the game is something that you don’t find every day in a player his age. He’s a young man with high-character and we are very excited to welcome him to the Under Armour family as he begins his professional career.” Ferguson joins Under Armour as a three-time gold medalist with Team USA for the 2015 FIBA U19 World Championship, 2014 FIBA U17 World Championship and 2013 FIBA Americas U16 Championship titles. “I’m excited to partner with Under Armour as I take this major step in my basketball career,” said Ferguson. “Under Armour encourages a relentless focus on training and commitment to the game of basketball and I am confident that I will be able to further my development on and off the court with their support. I am ready to completely focus on my game and get better every single day.” Follow Adam Zagoria on Twitter And like ZAGS on Facebook