Canada Falls to France at Olympic Qualifying Final, Out For Rio 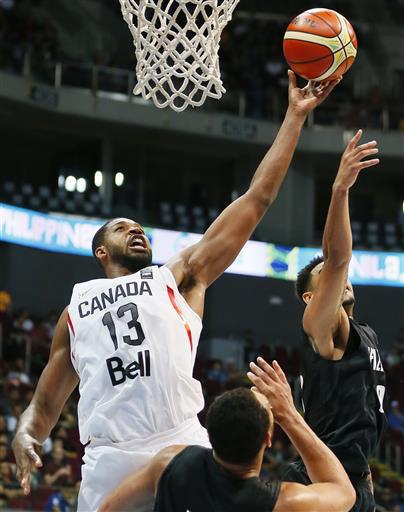 By JOSH NEWMAN The Canadian National Team will have to wait at least four more years for an Olympic bid. Tony Parker scored a game-high 26 points, EuroLeague star Nando de Colo added 22 and France outlasted the Canadians, 83-74, in the final of the FIBA Olympic Qualifying Tournament in the Philippines. France qualifies for the Olympics for the second straight time and ninth time ever, while Canada was denied its first bid since 2000. Coincidentally, Canada Basketball General Manager Steve Nash was on that 2000 Canada team, which was eliminated from medal contention in the quarterfinals by France. Cory Joseph (20 points) and Melvin Ejim were the only Canadians to finish in double-figures. Canada shot 57 percent from the floor and 37 percent from 3-point range, but turned the ball over 21 times and got to the foul line just eight times. Canada played the Olympic Qualifying Tournament missing a host of key pieces, including Minnesota Timberwolves rookie guard Jamal Murray.  Long-viewed as a key piece of the future of the Canadian National Team, Murray played up with the Senior National Team last summer at the Pan American Games in Toronto. He was often-brilliant,specifically in the semifinals when he roasted the United States for 22 points across the fourth quarter and overtime of a 111-108 win. Murray was added to Canada’s training camp roster for FIBA Americas, but could not play due to responsibilities at Kentucky. Canada blew a seven-point fourth quarter lead to Venezuela in a FIBA Americas semifinal, and now must go through qualifying. Canada’s preliminary roster for this summer was released on June 10 and included NBA players Joseph, Joel Anthony, Tyler Ennis. Nash indicated at the time that the roster is fluid, but it ultimately fell victim to circumstance. Andrew Nicholson, Dwight Powell and Robert Sacre were all free agents this summer, Kelly Olynyk is dealing with a shoulder injury. Andrew Wiggins announced last month he would focus on the Timberwolves, while Nik Stauskas (Philadelphia 76ers) and Trey Lyles (Utah Jazz) are playing Summer League with their respective teams. Cleveland Cavaliers big man Tristan Thompson, who did not play at FIBA Americas last summer with his free agency status unresolved, joined Canada late last month once the NBA Finals ended. Earlier this month, Canada’s U17 National Team lost in the quarterfinals of the FIBA World Championships, but recovered to finish fifth behind a slew of young talent expected to one day help the senior team. Chief among them are 2019 star R.J. Barrett, classmate and Montverde Academy teammate Andrew Nembhard and 2018 forward Simi Shittu, who is transferring out of Montverde. Barrett, the son of former St. John’s guard and Canada Basketball Executive Vice President Rowan Barrett, was up training with the senior team earlier this summer as it prepared for Olympic qualifying. Follow Josh Newman on Twitter And like ZAGS on Facebook