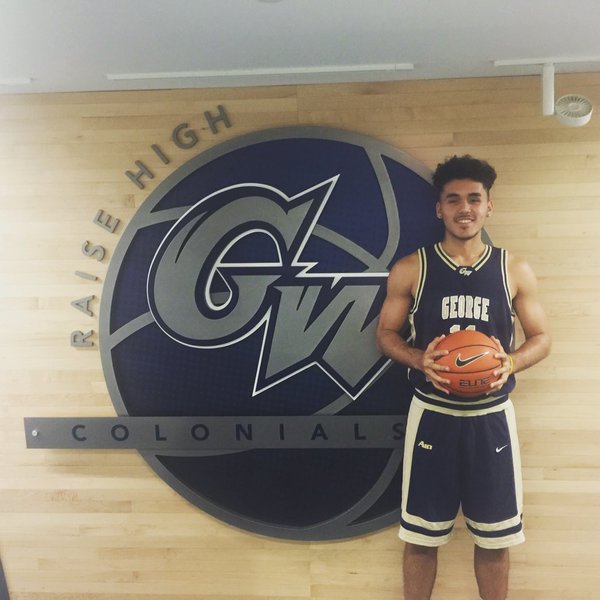 Arnaldo Toro, a 6-foot-9 2016 power forward from St. Benedict’s Prep, verbally committed to George Washington Thursday on his visit. The native of Puerto Rico also considered St. Joe’s and Kansas State. He was making his second visit to GW in recent weeks. “I feel it was the right place to be,” he said. “Great city, great environment, and their playing style is perfect for my game and [I’ll get a] good education as well.” In 20 games this spring and summer with the Albany City Rocks on the Nike EYBL circuit, he averaged 6.6 points and 5.7 rebounds. “GW is a great spot for Arnaldo both academically and socially,” St. Benedict’s coach Mark Taylor told SNY.tv. “I believe he can immediately contribute and play significant minutes. We are all ecstatic for him and his family.” Toro joins fellow power forwards Kevin Marfo and Colin Smith and point guards Darnell Rogers and Jair Bolden in GW’s 2016 class. “He’s the ultimate teammate,” City Rocks director Jim Hart said. “Any coach is going to love him. He’s a warrior on the boards, brings his lunch pail every day. His upside is great because he has a high basketball IQ and such a natural nose for the ball. “Playing for Mark Taylor you know he has been coached and pushed. He’s an elite offensive rebounder who runs the floor tirelessly and excels at transition putbacks. Good footwork in the post and can knock down jumpers out to the 3-point line. Everyone in the City Rock organization loved him.”