Adam Zagoria and Josh Newman are back

On Thursday, Hurley landed a verbal commitment from Cyril Langevine, a 6-foot-8, 225-pound power forward from New Jersey power St. Patrick’s, who appears to have a huge upside going forward.

After an official visit to Rhody this past weekend, Langevine — who was recruited by assistant Jimmy Carr — called the Rams “my top school.”

“It was a good experience,” the 17-year-old said of the visit. “Got to meet the coaches, the guys on the team, so it was really good.”

On Thursday he made it official. 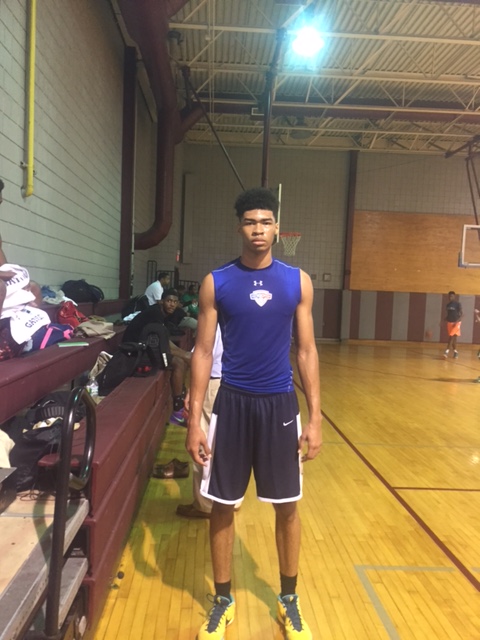 ELIZABETH, N.J. — It was approaching 2:30 on Wednesday afternoon and a group of high-major Division 1 assistant basketball coaches began assembling on the gym floor of the Mickey Walker Center, where the basketball team from The Patrick School was about to run an open gym on an unusually hot September day.

Indiana assistant Chuck Martin, Georgetown assistant Kevin Broadus, Arizona assistant Book Richardson and Boston College assistant Scott Spinelli, along with Hofstra head coach Joe Mihalich, all came to devote an hour and a half to watching the loaded team from the school everybody knows as St. Patrick.

Most of the coaches came especially to watch one young man: 6-foot-11, 235-pound junior center Nick Richards, ranked the No. 2 big man nationally in the Class of 2017 by 247Sports.com.

The soft-spoken native of St. Andrew’s, Jamaica who now lives in Queens, N.Y., has only been playing organized basketball for three years, but may top out at over 7 feet.

“I’m having growing pains right now so [I will] probably [grow] an inch or two,” he said.

De’Aaron Fox Has Home Visit With John Calipari, Louisville Visit Up Next 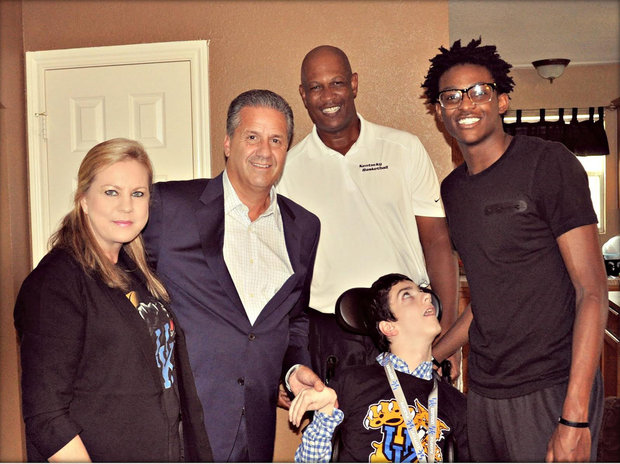 De’Aaron Fox, the No. 1 point guard in the Class of 2016, had a home visit Monday night with Kentucky coach John Calipari ahead of his official visit to campus next month.

“[Calipari] just let him know it’s OK to dream big,” Cypress Lakes (TX) coach Emmanuel Olatunbosun told SNY.tv. “He told him he would play with other players that have the same goal as his, and it could be reached playing for him.

“He didn’t promise him anything but told him he would be a great fit for what they are about.”

Iowa has landed a pledge from Tyler

ELIZABETH, N.J. — With his last official visit coming up this weekend to Miami, Bryce Aiken is coming close to a college decision.

The 5-foot-11 point guard from the PSA Cardinals and St. Patrick’s High School plans to make his decision within a couple of weeks after the Miami trip.

“I have one more visit, going down to Miami this weekend,” Aiken told me Wednesday at a St. Pat’s open gym that featured coaches from Arizona, Georgetown, Indiana, Boston College and Hofstra. “So far I’ve been to Harvard and Seton Hall, and this is my last visit coming up. So after that I’ll discuss it with my family and with those people I have a lot of trust in and I’ll make my decision after that.

“I want to make my decision within two weeks of the last visit.”