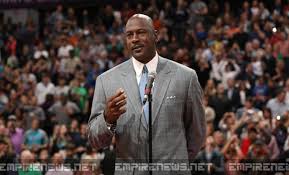 Michael Jordan declined an opportunity to coach in the Kentucky-Carolina Alumni Game set for Sept. 13 at Rupp Arena, according to John Calipari. “I tried to get Michael to come back and coach the team but he’s going to be out of the country or something,” Calipari told Kentucky reporters, according to KentuckySportsRadio.com. Set to tip off Sunday evening at 5:30 p.m. ET, the game will feature Kentucky players either currently or formerly playing professionally against North Carolina players either currently or formerly playing professionally. Meantime, Calipari is set to be inducted into the Naismith Hall of Fame on Sept. 10 where he will join His Airness.