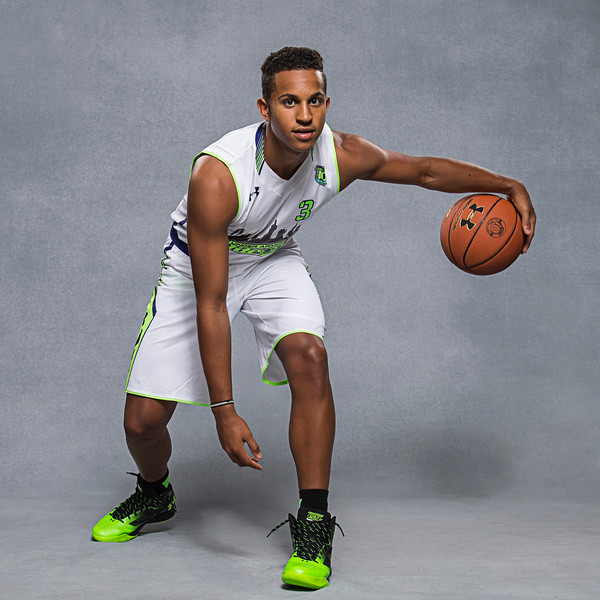 By ADAM ZAGORIA & DAN PONEMAN NEW YORK — Duke went three deep at least once this summer on the recruiting trail for 6-foot-4 Frank Jackson, perhaps their top target in the Class of 2016 at the point guard spot. After playing this weekend in the Under Armour Elite 24 Game, Jackson, out of American Fork (UT) Lone Peak, will take his official visit to Duke next weekend, and it sounds like he can’t wait. “I leave Thursday night and I’ll get there Friday morning,” he said Friday at Elite 24 practice. Jackson has spoken to a member of the Duke staff “almost every day for the past three or four weeks.” “At least three or four times a week,” he added. He sounds very excited for the visit. “The history behind the school, I’m just kind of excited to go in there and get a feel for their guys,” he said. Jackson said he’s spoken to current Milwaukee Bucks forward Jabari Parker “a couple times” about Duke and other things. Duke has produced its share of high-level point guards, most recently Tyus Jones and Quinn Cook, and that isn’t lost on Jackson. “Oh yeah, you go to Duke you’re going to be successful, so definitely appealing,” he said over the summer. Duke is also recruiting fellow 2016 point guard Dennis Smith Jr., who is out now with an ACL tear. “He’s a great player and we do some similar things,” Jackson said this summer. “I think very highly of him and what he does and I really enjoy his game.” The No. 4 point guard in the Class of 2016 according to 247Sports.com, Jackson said Duke, Stanford, Utah and Arizona were “probably coming at him the hardest.” He’s also considering BYU and UCLA, among others.   Photo: Kelly Kline/ Under Armour