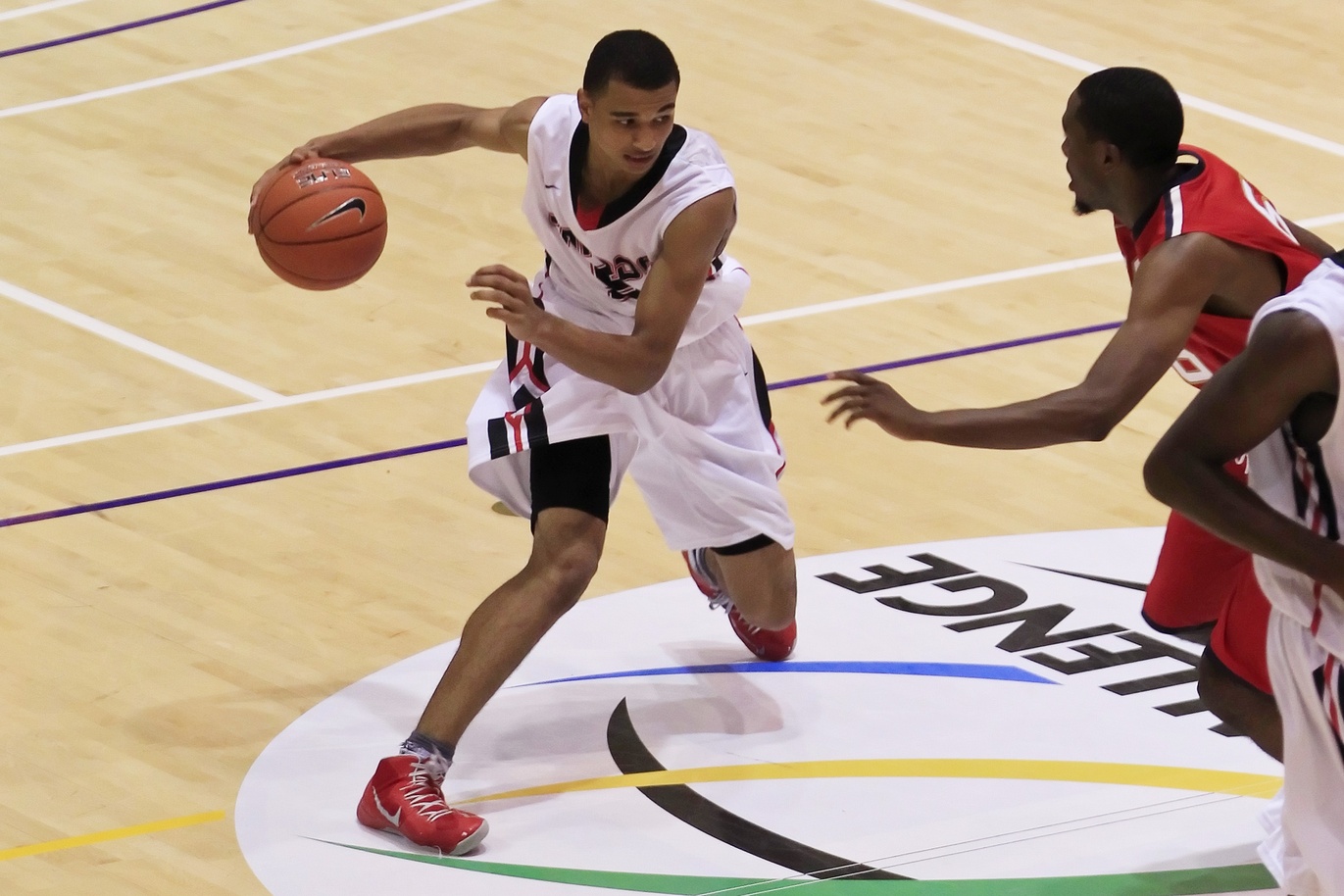 By JOSH NEWMAN The Canadian National Team’s best finish at a Pan American Games is fourth in 1983 and it has not sniffed a medal at the event since. That is about to change. Brady Heslip led four players in double-figures with 20 points, Kentucky freshman point guard Jamal Murray added 14, five rebounds and five turnovers, and Canada registered an 89-69 win over Mexico Thursday night. Canada finishes 3-0 in Pool B and will play the United States on Friday in one semifinal. The Americans lost, 93-83, Thursday to Pool A winner Brazil, which will face the Dominican Republic in the other semifinal. “It’s now a four-team tournament and our focus has to turn to that right away,” said Canada head coach Jay Triano, a Trail Blazers assistant. “The experience so far has been great for our young players and we can take away a lot of positives.” At just 18, Murray is one of Triano’s young players and he has fared well through three games. Murray has come off Triano’s bench at Pan Am and has shown a comfort level beyond his years. Murray’s 14 points on 6-for-9 shooting came one day after he scored 20 in an 88-83 win over Canada. Murray was held back from participating in the FIBA Under-19 World Championships with an eye on having him play up a level at Pan Am. On a conference call earlier this month, Triano would not rule out the possibility of Murray at least going to training camp with the National Team as it prepares for FIBA Americas, which runs Aug. 31-Sept. 12. “At the end of the Pan American Games, we’re going to do a complete evaluation of all the players that represented Canada and we’re going to sit down as a staff and figure out how we’re going to qualify for the Olympics,” Triano said. “The Olympic Qualifying Tournament, it’s no secret, is a big event for us this summer. Our NBA players know that, even the NBA teams know that.” Follow Josh Newman on Twitter

Fresh Off Silver Medal in Pan Am Games, Jamal Murray Skyrockets to No. 6 in 2016 Mock Draft