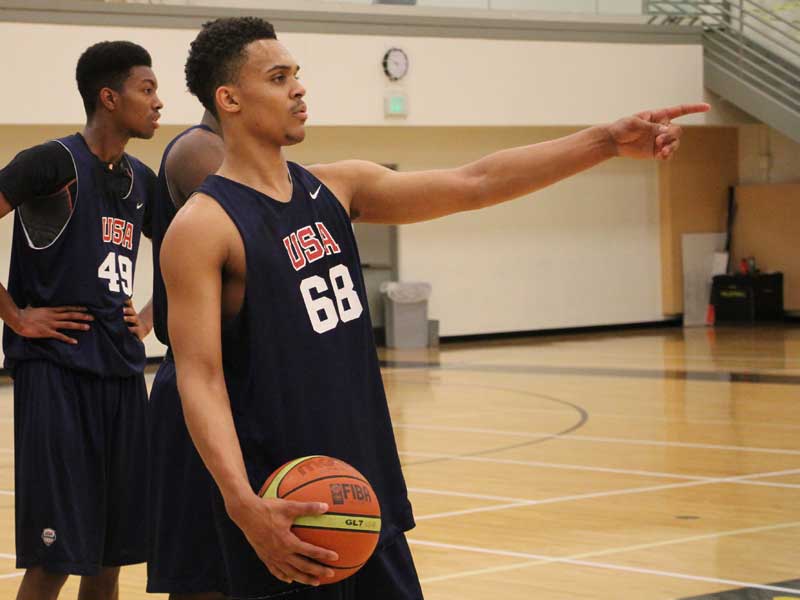 Two years ago, Duke landed a big man and a guard in a package deal that eventually resulted in the 2015 national championship. Now, just a couple of months after Jahlil Okafor and Tyus Jones led the Blue Devils to the NCAA title, two other young prospects have discussed a similar package deal while soaking in the ice bath at the USA Basketball training facility in Colorado Springs, CO. That would be 6-10 big man Wendell Carter Jr. of Atlanta (GA) Pace and 6-5 shooting guard Gary Trent Jr. of Apple Valley (MN), two Class of 2017 stars who made the USA U16 team. “Me and Gary, we kind of decided to go to school together,” Carter Jr. told SNY.tv by phone just as Game 1 of the NBA Finals was about to begin. “I don’t know if it’s going to be official but we’re going to try to. We’re going to try to put Jarred [Vanderbilt] in the [mix] too.” Asked if they had any schools in mind, Carter Jr., said: “Me and Gary’s top right now would probably be Duke, but we’re both open to all. I don’t want to speak for him, I’m open for all colleges….It’s whatever fits me.” Trent Jr. also said the two had discussed the package while in the ice bath at the Olympic Training Center. “It’s very serious,” Trent Jr. said. “We play great together. I saw him play a couple times this summer, he saw me play a couple times this summer. We was just chilling in the hot tub and just got to talking about schools and we were like, ‘Man, if we went to school together and found other players, if we went together, something great could happen.’ So you can say it’s pretty serious.” As for which schools would be in the mix for the package, Trent Jr. said, “I think we’re really open to all options, but there are in particular schools that we were talking about more than others.” Asked if he wanted to share the names of those schools, Trent Jr., said with a laugh, “Not yet, not yet.” As for Duke, Trent Jr., said, “I’m in close contact with them all the time.” And what does he like? “Man, I see what they did this year with a kid that I used to go to school with by the name of Tyus Jones and how he went there and he got the national championship, so that’s always on the top of your mind when you’re picking a school,” Trent Jr. said. Would it be tough for anyone to replicate the Jones/Okafor package? “Not really because me and Wendell, we’re not really selfish,” Trent Jr. said. Other players could also join the discussed package. “I’m sure as we go to more and more camps and go to USA Basketball, the more places we go, the more players we’ll be like, ‘Yeah, we should try to get him, too,'” Trent Jr. said. 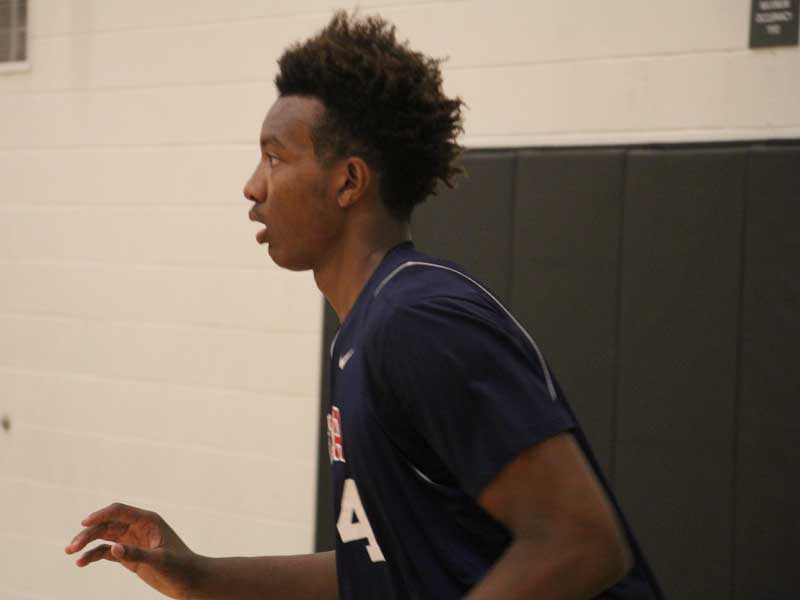 Carter Jr. recently added offers from Kentucky, Kansas, Vanderbilt and Wake Forest as well, while Duke is interested. “I actually don’t have any idea” if Duke offered,” Carter Jr. said. “I’ve been hearing that they offered me and all that but I’m not sure. I know that they’re highly interested in me.” Plenty of recruits talk about packages every year, but what Okafor and Jones did was truly unique. They and their families stayed in touch throughout the recruiting process, and the duo ultimately ended up committing back-to-back on ESPN. “I don’t think it would be hard because we’re both high-major players so we will probably be offered by all the top schools in the country,” Carter Jr. said. “I think we could pull it off.” As for the Kentucky offer, Carter Jr. said he was excited to land that as well. “It feels amazing,” he said. “Most kid would probably get the big head and say they don’t have to work anymore because they got the offer but they could definitely snatch that away from you if you don’t continue to improve your game and I just take it and try to make myself even better.” Asked if there were any schools he still wanted to hear from, Carter Jr., who said he has a 3.8 GPA, said there was one. “Harvard is probably the only school,” he said. Would he ever pick Harvard over a Duke or a Kentucky? “It depends on which school I like the best,” he said. “Whichever school just brings me in as family basically.” Wherever he goes, Carter Jr. promises to be a major factor. “‘I’m a hard worker,” he said. “I get back on defense. Good rebounder, good mid-range shooter, good post moves, good defender good help defender, and I need to work on my 3-pointer and my consistnecy  on the 3-point line.” Trent Jr., meantime, listed Ohio State, Michigan State and Kansas as other schools that recently offered, while Kentucky has shown interest. Ohio State: “I like how they send players to the next level. They do what they need to win, they have a great tradition.” Michigan State: “Tom Izzo, arguably one of the greatest coaches ever in some people’s eyes and he really knows what it takes to win.” Kansas: “It was great. They send players to the next level, Bill Self, he’s a great coach and I like what they have going on down there.” Kentucky: “Kentucky has not offered me. They came to watch me play a few times and talked to my AAU coach…Just the coaching, how they all play together, how they get victories. Everything about them is great.” As for what skill set he’ll bring to college, Trent Jr. is known primarily as a shooter. “Hopefully I just can be an all-around player,” he said. “I always can work on my all-around game, I always can find different ways to get better.” The duo will begin play in the 2015 FIBA Americas U16 Championship in Bahia Blanca, Argentina on June 8 hoping for gold. “It would feel amazing and it would keep the winning streak going,” Carter Jr. said. “It would be amazing having a gold medal hanging up in your room. Said Trent Jr.: “I’ve never really won a gold medal before but I got a pretty good concept of how it would feel and I think it would feel pretty great. We would be on top of the world.”   Photos: Courtesy USA Baketball