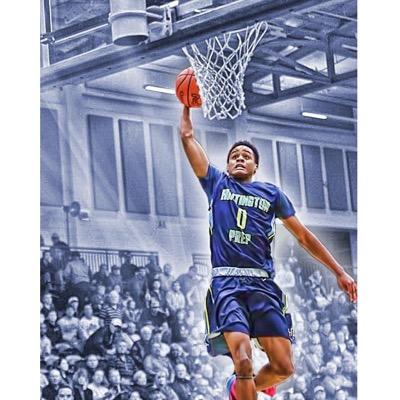 WEST ORANGE, N.J. — Curtis Jones had quite a busy day for himself. The 6-foot-3 2016 guard from Huntington (W.V.) Prep visited Georgetown in the morning and picked up a scholarship offer. For an encore, he went off for 30 points en route to team MVP honors as Team Inspiration fell to Team Bravery, 139-132, in the Mary Kline Classic Underclassmen Game at West Orange High School. The event raised $43,000 for cancer research as of Saturday night. “It’s great, it’s a lot of fun playing out here today,” Jones told SNY.tv. “It’s a great cause. I have an aunt that died of cancer so it just made me go out and play for her.” As for the Georgetown visit and offer, that also added to his day. “I was at Georgetown this morning,” he said. “It was great. [I like] their coaching staff, they get kids better. We had a great conversation.” Jones said several schools are working the hardest for him, including Georgetown, Florida, Indiana, Missouri, Maryland, Miami “and a couple other schools.” He also plans to visit Indiana soon. “I don’t know when,” he said. He plans to trim his list after AAU. “Sometime in August I’ll narrow it down,” he said.