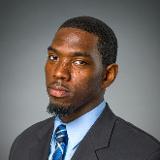 Wagner and head coach Bashir Mason have secured a commitment from Quinnipiac transfer A.J. Sumbry, a 6-foot-8, 220-pound power forward from East Windsor, N.J. Sumbry will sit the 2015-16 season and then have two years to play. He said he chose Wagner “mainly [because of] the coaching staff.” “They are all my New Jersey guys and we are pretty tight knit, not to mention one of them [Marquis Webb] was a former AAU coach of mine,” Sumbry said. “I also like their playing style.” Sumbry began his high school career with the Hightstown Rams, transferred to NIA Prep in Newark and then followed with a one-year stint at Trenton Catholic Academy for the 2011-12 season. He then spent one year at St. Benedict’s Prep, averaging 16 points and 13 rebounds.