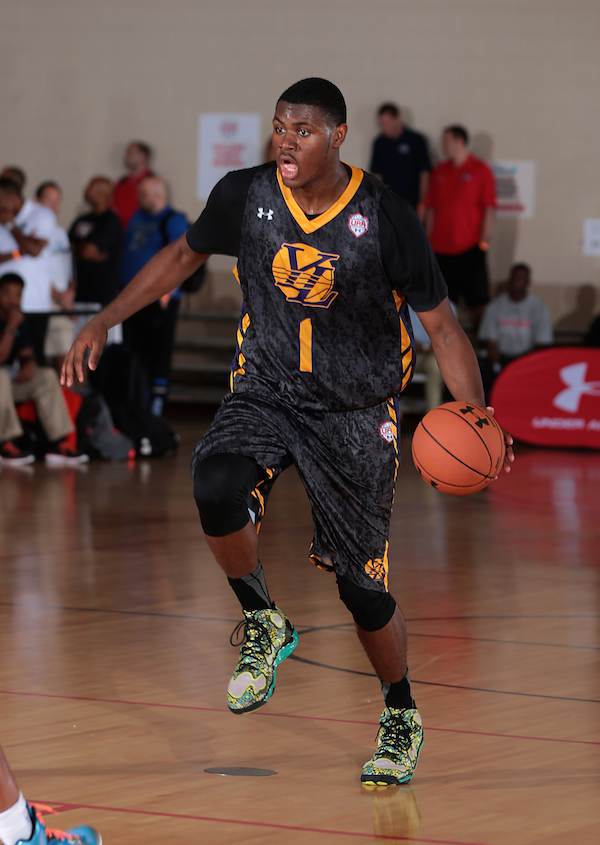 Diamond Stone surprised Twitter on Friday night by committing to Maryland. “I Am Committing To The University Of Maryland????⚫️???? #Terps,” he Tweeted. The 6-foot-10 Milwaukee (WI) Dominican big man also considered UConn, Oklahoma State and Wisconsin. The No. 7 player in the Class of 2015 per ESPN.com, Stone is obviously a huge get for head coach Mark Turgeon and the Terps, who went 28-7, had a successful first year in the Big Ten and lost to West Virginia in the third round of the NCAA Tournament. Maryland could field a lineup next year of Dion Wiley, Melo Trimble, Jake Layman, Robert Carter and Stone, which could spell trouble for the rest of the Big Ten. Stone is projected as the No. 4 pick in the 2016 NBA Draft by DraftExpress.com, meaning he could only be on campus for one season.   Photo: Kelly Kline/ UA