Towns, Kentucky Pick It Up Late Against Florida to Move to 32-0 | Zagsblog
Follow @adamzagoria

Towns, Kentucky Pick It Up Late Against Florida to Move to 32-0 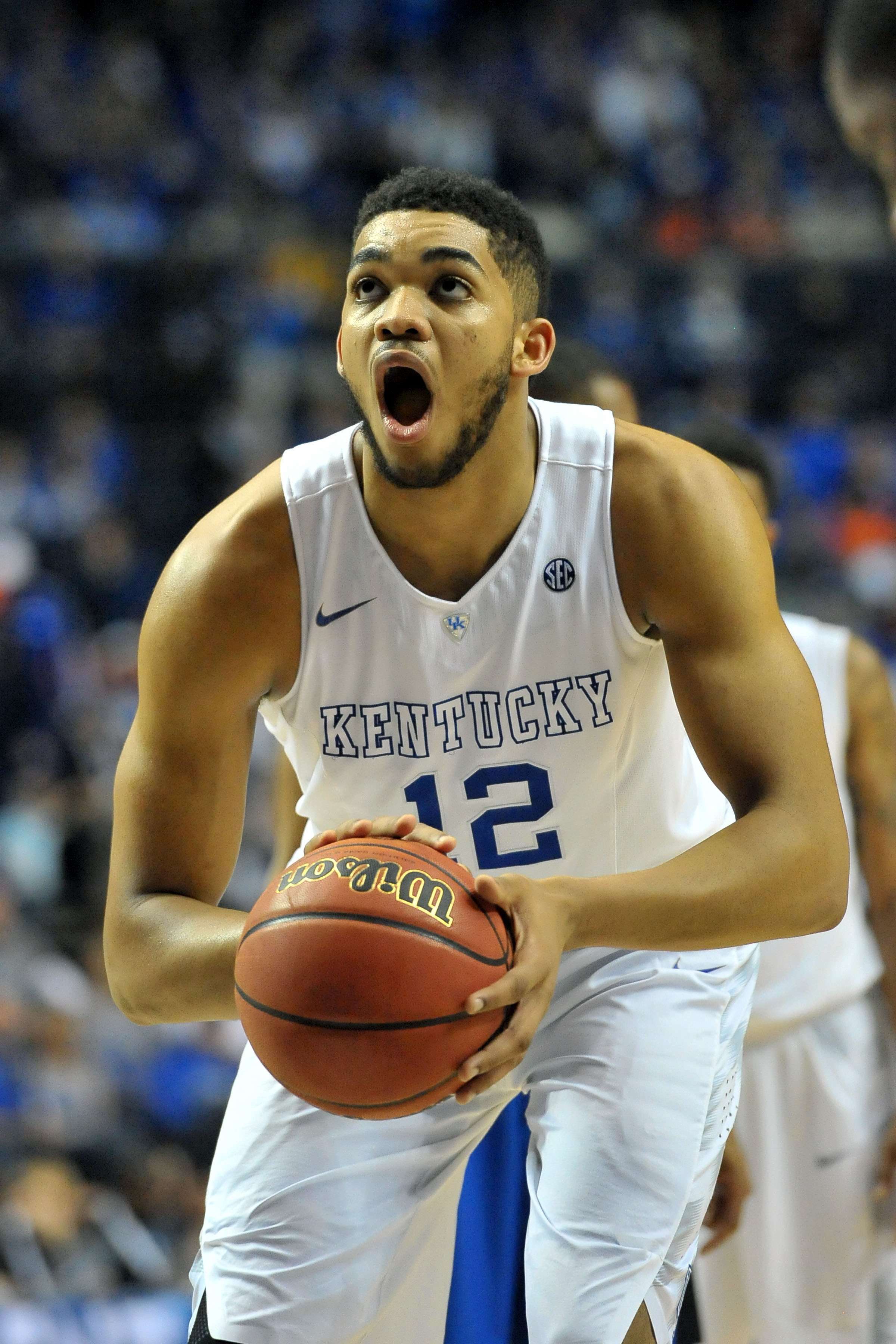 By JOSH NEWMAN If anyone is going to beat the University of Kentucky this month, they’re going to have stand toe-to-toe with the Wildcats for 40 minutes, not just 30 or 35. The latest example of this came Friday afternoon in an SEC Tournament quarterfinal. No. 8 seed Florida had the game at a manageable point, down just five with 7:11 to play, but then the tidal wave came. The top-seeded, unbeaten Wildcats (32-0) closed the game on a 14-4 run to pull away for a 64-49 victory over the Gators at Bridgestone Arena in Nashville, Tenn. Freshman big man Karl-Anthony Towns continued his strong play with 13 points and 12 rebounds, while sophomore guard Aaron Harrison added 13 on 4-for-8 shooting for Kentucky, which is now eight wins away from becoming the first time to finish a season 40-0. “They have a will to win,” Kentucky head coach John Calipari said. “They do have a will to win and we have enough playmaker-kind of players. Andrew (Harrison) to Aaron to Karl now to Trey (Lyles), I think Tyler (Ulis). We got a lot of guys that aren’t afraid to make the play. To be those kind of players, you cannot be afraid to make the game-winning play. None of those kids are. They will take it.” “If they miss it, they will live with the result, which is late in the game where we’ll make a play or two or come up with a defensive stop, we’ll do some good stuff.” Kentucky’s defense, which entered the day ranked No. 1 nationally in field-goal percentage defense (35.5 percent), No. 2 in scoring defense (53.4 points) and No. 3 in 3-point field-goal percentage defense (27.4 percent), was it again Friday. The Gators (16-17), shot just 39.3 percent from the field and 18.2 percent from long-range. Florida, which had just Jon Horford (15 points) and Paterson native Eli Carter (11 points) in double-figures, became the 20th opponent this season to be held under 55 points by Kentucky. The Wildcats are now 58-0 in Calipari’s five-plus seasons when holding teams under 55 points. “We stuck to our game plan,” said Carter, a former Rutgers standout. “I think we hung in there pretty well. Two times we played half a game, tonight we didn’t play a full 40-minute game. In order to beat them, you got to play a full 40-minute game.” “When you’re playing against guys who are that athletic, that long, have that kind of strength, if you don’t stay disciplined and stick to the game plan, it’s kind of tough.” Horford said. Photo: USA Today Sports Follow Josh Newman on Twitter