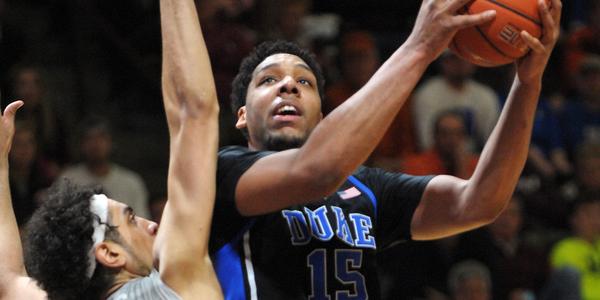 After missing Saturday’s game against Clemson with an ankle injury, Jahlil Okafor didn’t miss a beat in his return. Despite being a game-time decision, the projected No. 1 pick in the NBA Draft went for 30 points on 13-of-18 shooting, including 4 points in overtime, and added 9 rebounds as No. 4 Duke fended off a pesky Virginia Tech team, 91-86, in Blacksburg, Va. It was just the sixth 30-point outing ever for a Duke freshman. “My coaches had told me to let them know if I wanted to play or not,” he said, according to NewsObserver.com. “Once I got in the locker room and say my teammates get ready, there was no way I wasn’t playing today.” “If he would have said, ‘I don’t think so,’ then we wouldn’t have played him,” Duke coach Mike Krzyzewski said. “And we would have lost.” 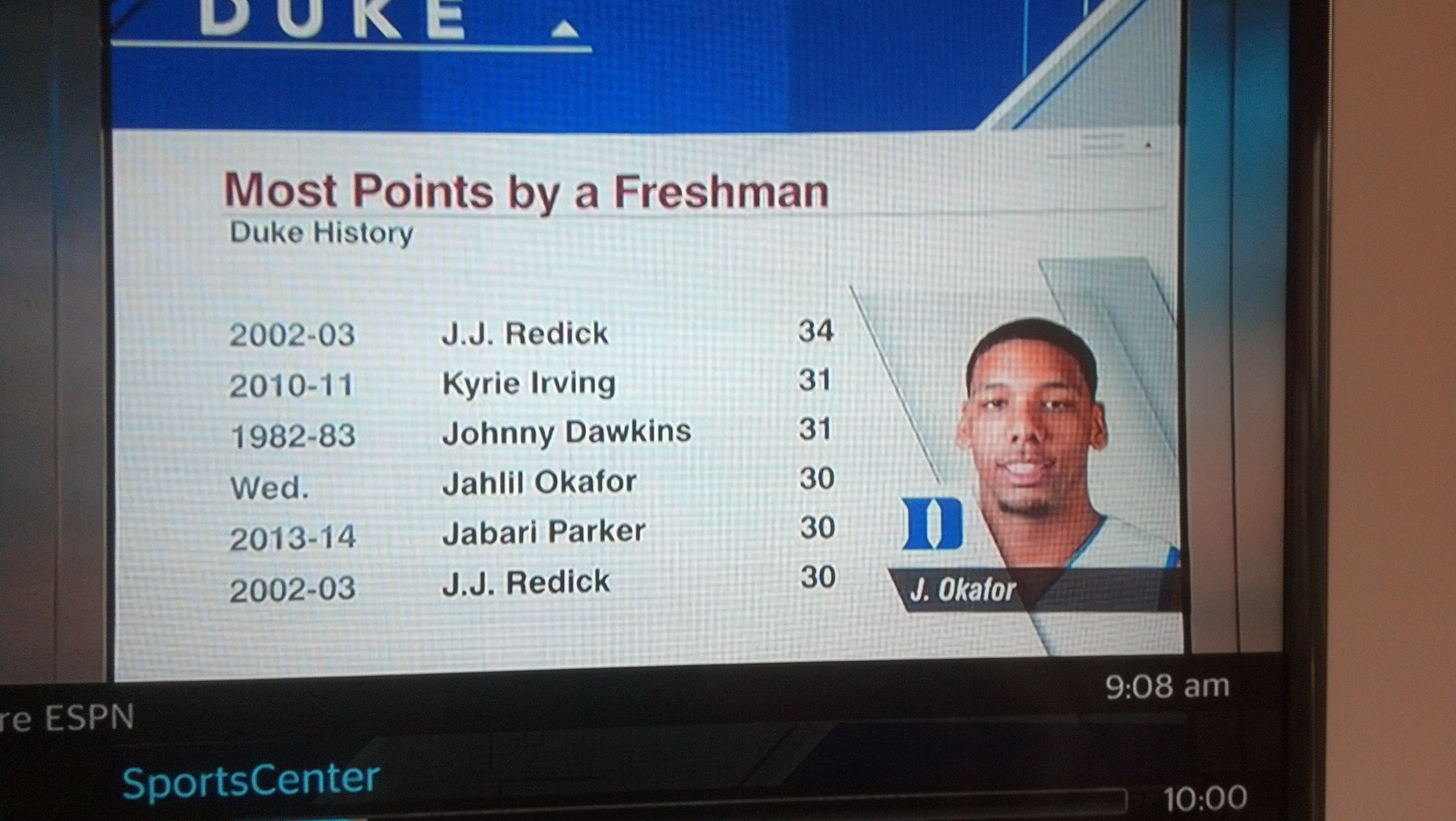 Okafor was dominant down low while playing against 7-footer Satchel Pierce of Virginia Tech, although the 6-foot-11 Duke big man struggled from the foul line, shooting 4-for-9 and missing four in a  row down the stretch. Quinn Cook added 26 points and Justise Winslow 15 for the Blue Devils, who haven’t lost to Virginia Tech since 2011. A loss would have dropped Duke to a 2 seed from a 1, with Villanova replacing the Devils as a 1, according to ESPN’s Joe Lunardi. The Knicks, who dropped to 10-46 with Wednesday’s loss at Boston, own the NBA’s worst record and have a 25 percent chance of landing the No. 1 pick in the draft. Photo: ESPN