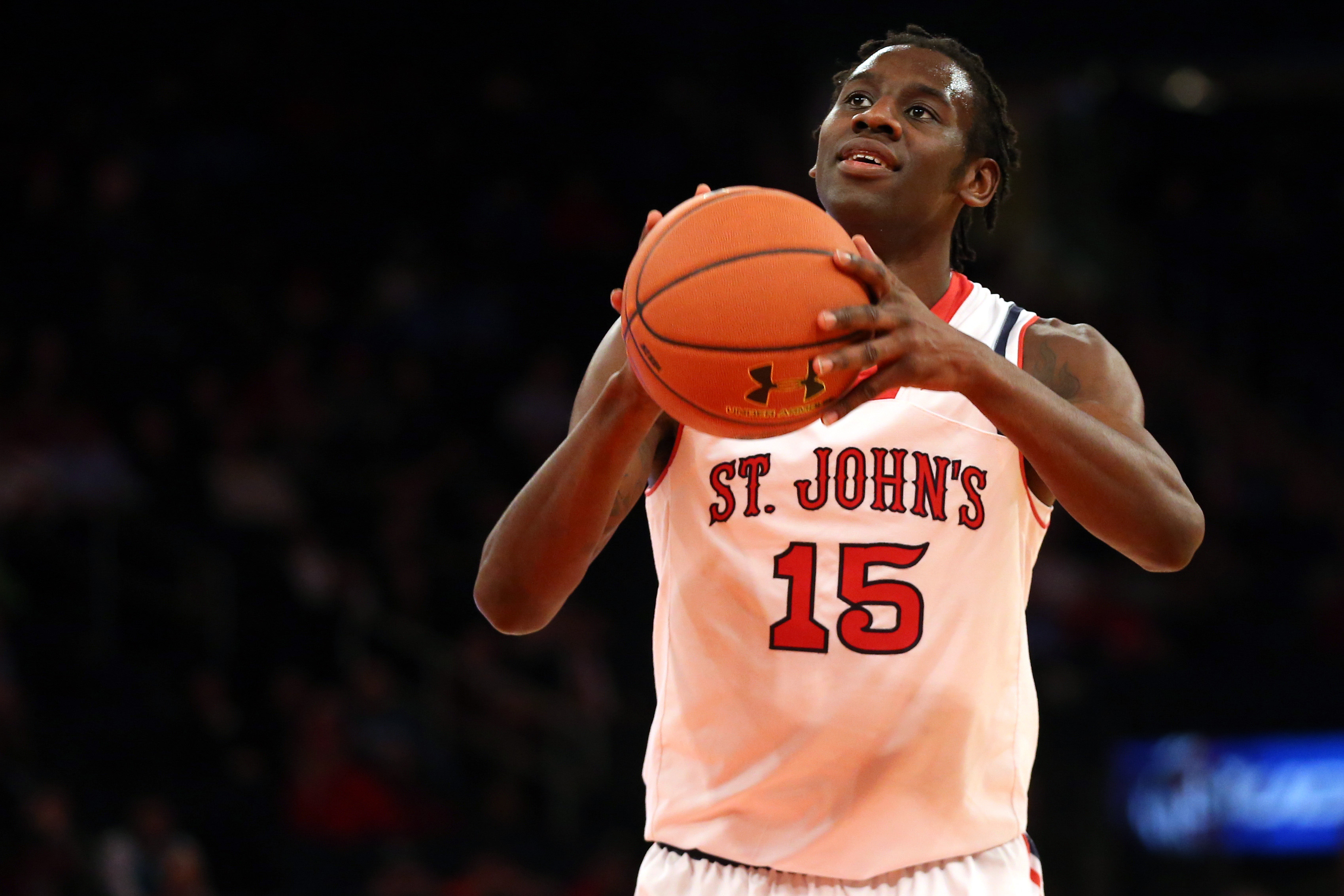 By JOSH NEWMAN NEW YORK – Sir’Dominic Pointer is on the short list for Big East Player of the Year and the Haggerty Award, which is given to the New York metropolitan area’s best player. That notion was only strengthened on Monday evening when the St. John’s senior forward acted as a stat-stuffer, scoring 19 points to go along with nine rebounds, six blocks, four steals and three assists in the Red Storm’s 58-57 win over Xavier at Madison Square Garden. The win is a big step towards the program’s first NCAA Tournament berth since 2011. “Coach Lav, he asks this of me and he expects it from me,” Pointer said. “My teammates do, too. They see I can do it, so they demand it now. Once you do something, you have to keep doing it. I just want to be there for my teammates and help them win.” St. John’s head coach Steve Lavin was asked about Pointer’s play this season and whether or not he should be a lock right now for the All-Big East first team and in the mix for Player of the Year honors, along with Providence’s Kris Dunn, Providence’s LaDontae Henton and Villanova’s Darrun Hilliard. As usual, Lavin was calculated in his response, but when the words finally came out, he offered the highest praise he could. “I can’t imagine there’s anybody in our league, let alone the country, who influences the game at both ends of the floor and in such dramatic fashion,” Lavin said. “I know in my career, I’ve never had a player, there’s no one. Not even close. Baron Davis was an exceptional talent. Trevor Ariza was, some really good players, but his ability to influence the game on both ends of the floor in such dramatic fashion is really unusual.” When Pointer was a freshman during the 2011-12 season, Lavin only coached four games over a nine-day span in November while undergoing treatment for prostate cancer. That meant Lavin could only watch the 6-foot-6 Detroit native from his couch or from high above the Madison Square Garden floor in a luxury box. That was not ideal, but what it did was it gave Lavin a better appreciation for Pointer’s unique, multifaceted game. Three years later, Pointer has morphed into an indispensable player on a team that is appearing bound for the NCAA Tournament. In his latest Bracketology on Monday morning, Joe Lunardi of ESPN had the Red Storm (19-9, 8-7 Big East) comfortably in the field of 68 as a No. 1o seed. On Sunday, Lunardi said that St. John’s would be in with wins this week at MSG against the Musketeers and on Saturday afternoon against Georgetown. “Like a tornado ripping up and down the court, he’s a force of nature,” Lavin said. “He just imposes his will on the game and disrupts when opponents are trying to execute offensively. He discombobulates opponents, unnerves them and you can’t really prepare for it. How do you prepare for a tornado ripping up and down the basketball court?” Beyond Saturday and Georgetown, St. John’s still has to go to Marquette and Villanova to close the regular season. Win No. 20 against the Hoyas could go a long way to alleviating any bubble concerns. Georgetown drilled the Red Storm, 79-57, at the Verizon Center back on Feb. 17. “It is looking good right now, as long as we keep playing our game and winning, we will be fine,” Pointer said of the team’s NCAA hopes. “All we have to do is keep winning and playing the best basketball that we can and everything will work out.” Photo: USA Today Sports Follow Josh Newman on Twitter